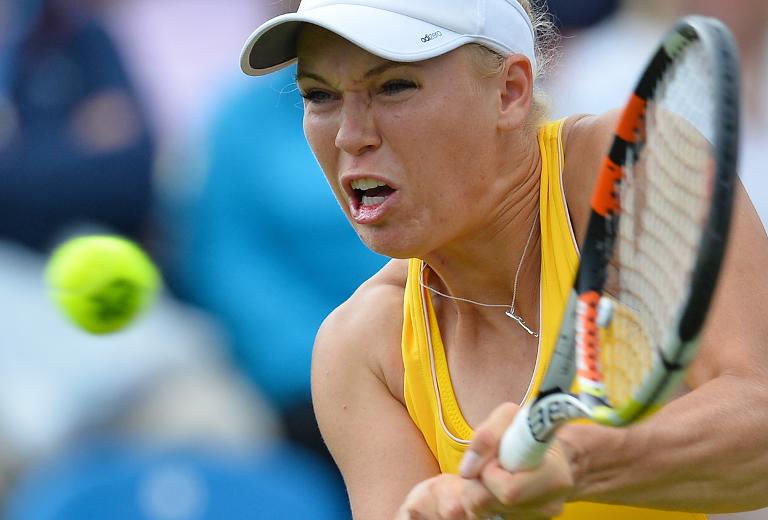 Caroline Wozniacki emerged a survivor as three of the top five seeds crashed out in the second round at the Eastbourne International on Tuesday.

The second-seeded Dane who won the pre-Wimbledon title six years ago on the English south coast, dispatched Australian Jarmila Gajdosova 7-6 (7/4), 6-2 in her opening match to move into the third round.

Wozniacki, who always appreciates the summer return to grass, has now beaten Gajdosova for a ninth times without a loss.

The holder of 23 career titles stands 33-14 on grass for her career as she opened her season on the lawns with the victory after last losing in the French Open second round.

While Wozniacki was advancing. other leading seeds were knocked out.

Dominika Cibulkova, the 2014 Australian Open finalist, took another step in her comeback after foot surgery, winning her second match of the week as she sent Roland Garros finalist and third seed Lucie Safarova to a 7-6 (9/7), 6-4 loss.

Eugenie Bouchard won only her second match since mid-March after struggling to find form, earning a 7-6 (7/5), 6-3 defeat of Alison Riske.

The former top 10 player, now ranked 12th, has gone 2-10 over her last dozen matches as the form which took the 21-year-old to the Wimbledon title match as well as Australian Open and Roland Garros semi-finals in 2014, disappeared in 2015.

The seventh seed’s win in one hour 40 minutes was her first on grass this season and could not have come at a better time, with Wimbledon starting in six days.

“It was a tough battle. She plays good tennis, especially on grass. So I knew to be prepared for a really tough match,” said Bouchard.

“I’m happy I was able to stay with her when it was tough in that first set and just kind of fight it out.

“That’s what I want to do in all my matches, just keep fighting no matter what.

“I felt good with my game today, happy with the way I fought. I just want to keep going, take another step tomorrow.”