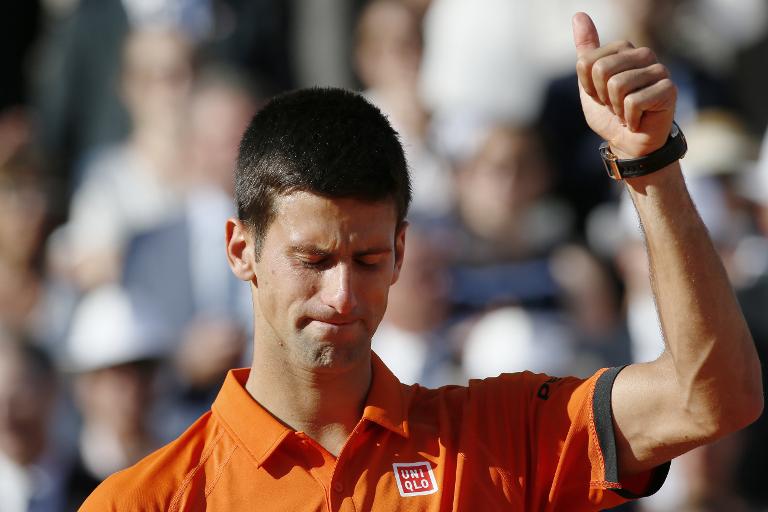 Three weeks after his heartbreaking French Open final defeat, Novak Djokovic resurfaces to defend his Wimbledon title and prove that his Paris scars have healed.

The world number one has stayed resolutely out of the spotlight since his Roland Garros upset by Stan Wawrinka ended his latest bid to complete the career Grand Slam.

Even his usual prolific social media activity has been reduced to scraps with a mere half-dozen postings on Twitter, only one of which pictured him working out on a grass court.

Despite his recent low profile, his rivals have no doubt that the Serb will be fired up to defend his Wimbledon crown just as he was in 2011 when he captured his maiden title in London.

“I’m sure after losing the French Open final he wants more, he wants to come back and win the next big one,” said Wawrinka.

“He is the champion, the world number one and plays well on grass,” said Federer.

Djokovic’s loss to Wawrinka in Paris was just his third in 44 matches this year.

With the Australian Open already under his belt, the shattering loss also ended his chances of going on to become just the third man in history — and first since 1969 — to clinch a calendar Grand Slam.

Such Paris disappointments have previously worked in his favour.

His 2011 semi-final loss to Federer at Roland Garros ended a 41-match win streak that year.

However, just four weeks later, he defeated Rafael Nadal to secure a first Wimbledon title and then went on to his maiden US Open triumph.

Djokovic is also the most consistent of the top players at the majors — the last time he failed to make at least the quarter-finals of a Grand Slam was at Roland Garros in 2009.

But he argues that his record sometimes works against him.

“I think people tend to create more of a story where it’s just me,” he said.

World number two Federer, who won the last of his 17 majors at Wimbledon in 2012, will be seeded to meet Djokovic in the July 12 final.

He will be 34 in August — the oldest man to win Wimbledon in the modern era was Arthur Ashe who was 31 years and 11 months when he triumphed at the All England Club in 1975.

However, despite the weight of numbers suggesting that his best years are behind him, Federer fervently believes that another Wimbledon is not beyond him and he was buoyed by his eighth Halle title at the weekend.

It was his 15th career grass-court title and 86th of his career.

Andy Murray, the 2013 champion, saw his 2014 campaign sabotaged by a combination of back pain and an inspired Grigor Dimitrov in the quarter-finals.

But the 28-year-old world number three, fresh from a record-equalling fourth Queen’s Club title, believes he’s playing better than when he secured his historic Wimbledon triumph.

“Physically I’m definitely in a better place than I was then and I’m using my variety much better,” said Murray.

Two-time champion Rafael Nadal is likely to be seeded outside of the top eight, making him a potentially dangerous fourth round opponent.

But the Spaniard, down at 10 in the world — his lowest ranking for a decade — is struggling to rediscover the form and on-court presence which once made him the sport’s most formidable obstacle.

The nine-time French Open champion was beaten for only the second time in his Paris career by Djokovic in a morale-sapping quarter-final loss.

He then clinched the Stuttgart grass-court title which only proved to be a false dawn as just days later the 29-year-old was losing to Alexander Dolgopolov in his Queen’s opener.

His recent trips to Wimbledon have also been chastening affairs, featuring losses in the second, first and fourth rounds.

Despite Wawrinka’s second major title at the French Open, the dominance of the sport’s four heavyweights is unlikely to be seriously threatened at Wimbledon where Lleyton Hewitt, in 2002, was the last champion from outside the “Big Four”.

Wawrinka, now at four in the world, has never got beyond the quarter-finals, while fifth-ranked Kei Nishikori can only boast a fourth-round best.

World number six Tomas Berdych was runner-up in 2010 but has since only made the quarter-finals on one occasion.

In the rest of the top 10, David Ferrer has a best of a last-eight spot as does US Open champion Marin Cilic while Milos Raonic, who recently underwent foot surgery was a semi-finalist in 2014.