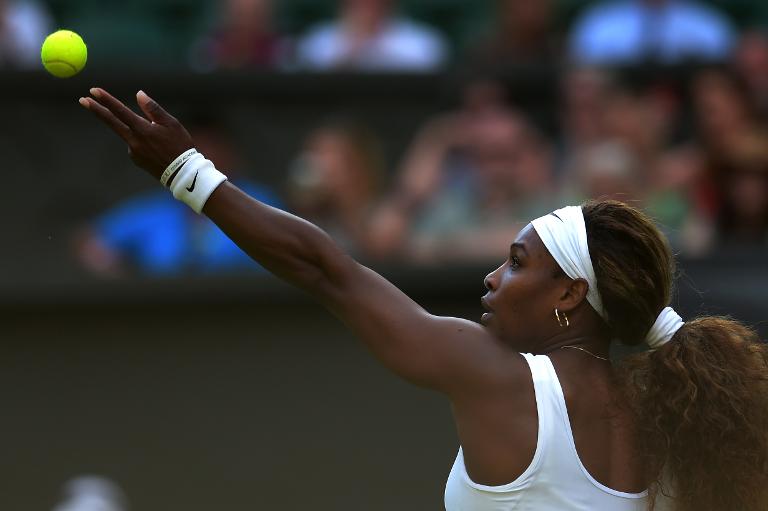 Women’s form guide ahead of Wimbledon, which starts at the All England Club on Monday:

The American will start as favourite for a sixth Wimbledon title that would put her within touching distance of becoming just the fourth woman to win all four Grand Slam titles in the same year, having claimed the Australian title in January and then defeated Lucie Safarova in the French Open final. History is Serena’s main opponent these days and, with 20 Grand Slam titles to her name, she has also set her sights on passing first Steffi Graf (22 majors) and then record-holder Margaret Court (24). Her patchy Wimbledon record over the last two years — a third round exit in 2013 followed by a last 16 loss 12 months ago — may prove an unreliable guide if she can maintain peak form over the next fortnight.

It is 11 years since Sharapova burst onto the scene with her stunning Wimbledon final win over Serena Williams, but she remains one of the leading contenders for the title —- as long as someone else takes care of Serena, who has not lost to the Russian since 2004. The American leads 17-2 in their head-to-heads and Sharapova also lost to Williams in this year’s Australian Open final. Before focusing on Serena, Sharapova has to rebuild her form and confidence following a lacklustre fourth round loss against Lucie Safarova that ended her French Open title defence.

Titles in Indian Wells and Dubai should have been the springboard for a strong clay-court campaign for the former French Open finalist. However, a second round loss in straight sets against world number 70 Mirjana Lucic-Baroni was a major disappointment and left her looking to make amends on grass. The early returns aren’t promising — she crashed out of the Wimbledon warm-up at Birmingham against the lower ranked Kristina Mladenovic — but last year’s run to the semi-finals at the All England Club will be a source of inspiration.

Form goes out of the window when it comes to Kvitova and the grass-courts of Wimbledon. She arrives after a frustrating last 16 defeat against Timea Bacsinszky at the French Open. But she has twice before confounded expectations in her title runs at the All England Club, and a semi-final thrashing of Serena Williams en route to winning the Madrid title in May was further evidence of her ability to click into peak form at a moment’s notice. Yet to make a Grand Slam final outside Wimbledon, Kvitova has reached at least the quarter-finals in each of her last five visits to south-west London.

Fresh from her breakthrough Grand Slam run at the French Open, where she became the first Czech woman to reach the final for 34 years before narrowly losing to Serena Williams in three sets, Safarova will aim to improve on last year’s run to the Wimbledon semi-finals. Her powerful run in Paris was especially surprising since she lost in the Australian Open first round in January and hadn’t made another semi-final since February, when she took the title in Doha. But only eventual champion Kvitova could stop her at Wimbledon last year and her all-action style could thrive again on the fast grass-courts.