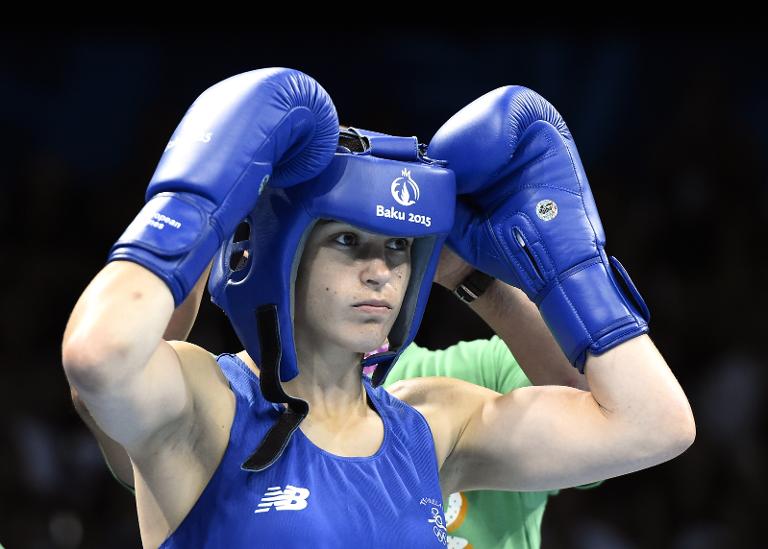 Irish boxing superstar Katie Taylor says she has enough experience of taking on opponents in their own backyard to not have to worry about her Azerbaijani rival in the semi-finals of the lightweight category at the European Games.

The 28-year-old — along with fellow Olympic gold medalists Jade Jones and Nicola Adams the highest profile athletes in Baku — spoke after easing her way into the semi-finals with a unanimous decision over rising Swedish star Ida Lundblad on Wednesday.

Taylor, who has not lost in four years, said it was down to her to outbox Yana Alekseevna and quiete the passionate Baku crowd.

Several beaten fighters have complained of home competitors getting the rub of the green in the judging perhaps influenced by the noise of the spectators.

“I’ve boxed many people in their own backyard plenty of times – in China I boxed a Chinese girl in the final of the world championships and I’ve boxed Russians before in their home nation as well,” said the erudite pugilist, who also has five world and six European crowns to her name.

“I’m going to enjoy it, the atmosphere is going to be fantastic. It’s going to be such a tough contest, but these are the kind of fights that I cherish.”

Taylor, an all round sportswoman who has also played for Ireland in football and is a top class Gaelic footballer, said she would not adapt her attacking style to avoid exposing herself to her opponent and sewing doubts in the judges minds.

“I don’t really change much, there’s not much I can do about the judging in front of a home crowd,” said Taylor.

“I go into every fight trying to win as easy as I can. I’m not going to change anything really, I’m just going to focus on my own performance and hopefully everything will go well.”

However, Taylor said 27-year-old Alekseevna would be no pushover.

“I’ve boxed her a couple of times before,” said Taylor.

“I boxed her in the finals of the world championships last year and a few months ago. It was a very, very close contest then and I expect it to be another close one.

“She’s very clever and, as I said, these are the kind of fights that I love to box – such a big fight against the home nation. I’m really looking forward to it.”

Taylor, who is coached by her father Peter, said that the bronze medal would not suffice especially at a Games for whom she has been a high-profile ambassador.

“I’m not settling for a bronze medal, I always come into these competitions hoping for a gold medal so I won’t really relax until I have a gold medal around my neck,” she said.