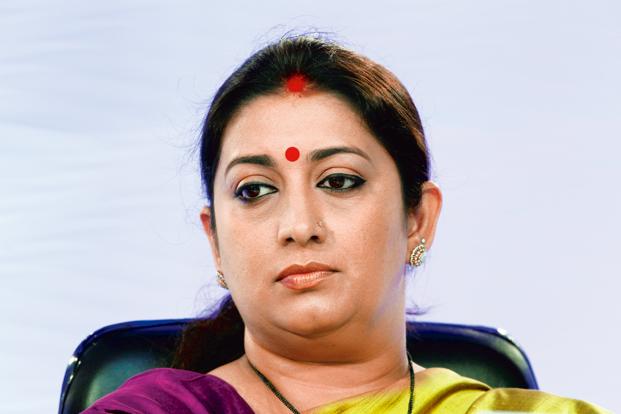 New Delhi: Delhi session court has called the complaint against Union HRD minister Smriti Irani over her fake degree as “maintainableâ€. This means the court will now examine how valid the complaint is. The next hearing has been set for on August 28.

The case against the politician has been filed by a writer Ahmer Khan who alleges that Irani has made contradictory claims about her college education in documents filed in different years with the Election Commission.

Irani is the youngest member of Prime Minister Narendra Modi’s cabinet. “It’s not a problem to be less educated or be uneducated, but it’s a big issue that she is not being honest despite being the Human Resources Development Minister,” said Khan.

According to complaint filed against HRD minister, in April 2004, Irani had said that she completed her BA in 1996 in a long-distance or correspondence program from Delhi University.

Then, last year, ahead of general elections which she contested unsuccessfully from Amethi in Uttar Pradesh, Irani allegedly said that she had completed a Bachelor’s degree in Commerce from the Â School of Open Learning, Delhi University.