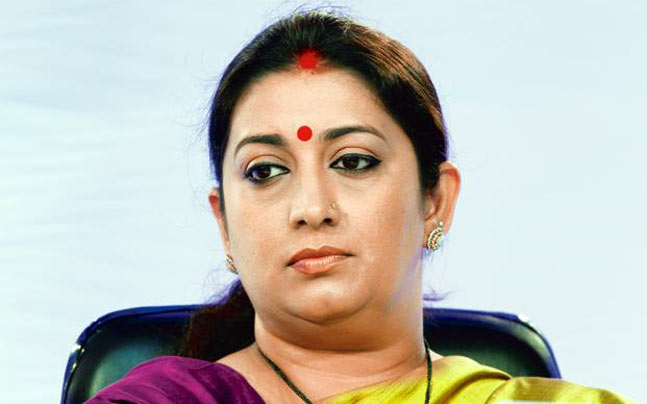 New Delhi: A Delhi court may on Wednesday pronounce its verdict on a complaint lodged by freelance writer Ahmer Khan against Union HRD ministerÂ Smriti IraniÂ for allegedly misleading theÂ Election CommissionÂ by giving ‘false’ information about her educational qualification.

Khan had alleged that Irani in her three affidavits before the EC while filing nominations for her candidature for Lok Sabha as well as Rajya Sabha polls had purportedly given different details about her educational qualification.

Metropolitan Magistrate Akash Jain had on June 1 reserved the order on the plea after hearing arguments on the aspect of limitation and whether cognisance can be taken or not.

Senior advocate K K Manan, appearing for Khan, had told the court that in her affidavit for April 2004 Lok Sabha polls Irani had said that she completed her BA in 1996 from Delhi University (school of correspondence) whereas in another affidavit of July 11, 2011 for contesting Rajya Sabha election from Gujarat she said her highest educational qualification was B.Com part I from the School of Correspondence, DU.

The complaint alleged that in the affidavit filed for nomination of April 16, 2014 Lok Sabha elections from Amethi constituency in Uttar Pradesh, Irani said she had completed Bachelor of Commerce Part-I from School of Open Learning, DU.

“It is evident from the contents of the affidavits filed by Smriti Z Irani that at best only one of the depositions by her on oath in respect of her educational qualifications is correct,” the complaint alleged.

“The aforesaid facts and circumstances reveal commission of offences by accused under section 125A of Representation of People Act, 1951, besides any other offences that may attract other penal provisions as an outcome of an additional investigation,” the plea alleged.