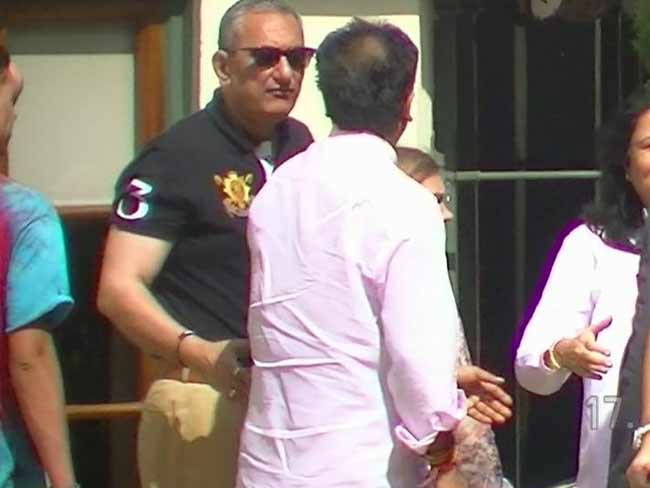 Mumbai: Hitting out at its ally BJP, the Shiv Sena on Wednesday asked why the government was not backing Mumbai Police Commissioner Rakesh Maria the same way as it was doing so in the case of its leaders Sushma Swaraj and Vasundhra Raje in the Lalit Modi controversy.

The Sena said casting aspersions on Maria would mean “making a mountain out of a molehill”.

“What Lalit Modi has done with IPL may be an issue of contention but the Mumbai Police Commissioner has no right to handcuff him and bring him back here or to Delhi when he is living in London with the permission of authorities.

“Being the king of IPL, he must have got clicked with many political leaders as well. Does this mean action will be taken against all those leaders,” Sena said in an editorial in party mouthpiece ‘Saamana’.

Slamming former Maharashtra Chief Minister, the Sena said, “Prithviraj’s comments had no importance then and have no importance now as there were two parallel governments running when Congress and NCP were in power. If Maria informed the then Home minister and not Chavan, it did not really matter as there were many other shady affairs happening then about which Chavan was informed.”Â

Heaping praises on Maria, Sena said he is the man behind not letting the city become a soft target for terrorists and that he should be credited for ending gang wars and hooliganism in Mumbai.

It also credited Maria for his role during the 26/11 terror attacks on Mumbai and in the investigations.

“Looking at all these, if aspersions are still cast on Maria’s meet with Modi, it will mean making a mountain out of a molehill. The BJP has made it clear that it stands firmly behind Sushma Swaraj and Vasundhara Raje and that they will continue to remain on their posts. Then, why not the same justice for a brave officer like Maria,” Sena said.

Swaraj and Raje courted controversy after their names cropped in for assisting Lalit Modi with travel documents in London and immigration plea in a London court, prompting opposition to demand their resignation.

“All sins are forgiven in politics. And officials, without proper inquiry are made scapegoats which adversely affects the state. We can only say the more one digs in the Lalit Modi issue, the bigger it will get,” it added.