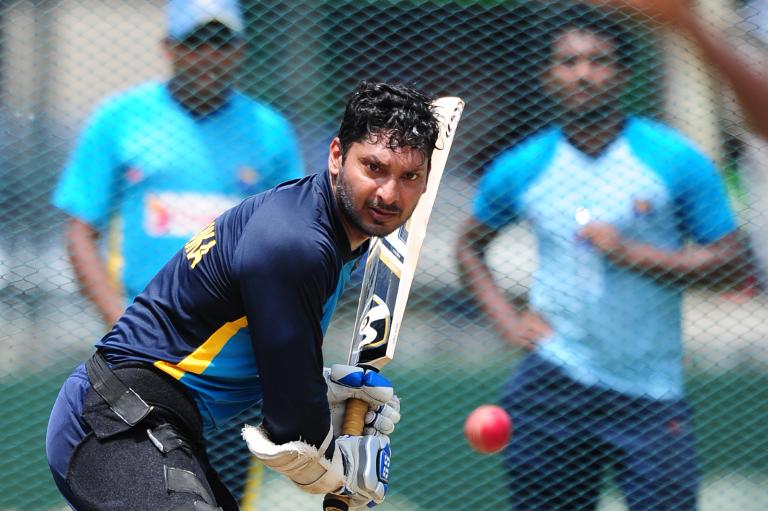 Local media had speculated that the 37-year-old will only play three more home Tests — two in the ongoing series against Pakistan and one against India in August — before ending his glittering 15-year career.

But Mathews, speaking to reporters ahead of the second Test against Pakistan starting at the P. Sara Oval in Colombo on Thursday, said the team’s senior pro had still not made up his mind.

“Kumar has still to confirm his retirement plans,” the Sri Lankan captain said. “He was supposed to meet the press over the last few days, but he has not done that yet.

“I know he is still talking to the selectors.”

Left-handed Sangakkara is the leading current Test batsman. His 12,271 runs and 38 centuries far exceed second-placed Alastair Cook of England, who has 9,000 runs and 27 hundreds.

The 131-Test veteran is unlikely to catch up with record-holder Sachin Tendulkar’s Test tally of 15,921 runs and 51 hundreds, but his 11 scores of 200-plus are just one short of Australian legend Don Bradman’s record of 12.

In the first Test against Pakistan in Galle, Sangakkara hit a 50 in the first innings — his 52nd half-century — and 18 in the second when Sri Lanka were shot out for 206.

Sangakkara had hammered 203 against New Zealand in Wellington in January, to continue a prolific streak that saw him make 221 against Pakistan and 319 against Bangladesh last year.

Mathews denied that Sangakkara had delayed the announcement because of Sri Lanka’s stunning 10-wicket defeat in Galle, which put Pakistan ahead in the three-match series.

“He had been speaking with the selectors even before the series began,” Mathews said, adding the uncertainity had not affected team morale.

“I think Kumar has earned the right to decide when he should go,” said Mathews. “He has served Sri Lanka well over the years and he will obviously be missed when he goes.

“But it now up to the younger players to step into the shoes of Kumar and Mahela (Jayawardene). It won’t be easy but they have a great opportunity to make a name for themselves.”

Jayawardene retired from Tests and Twenty20 cricket last year and quit the one-day format after the recent World Cup, where Sri Lanka made the quarter-finals.

Sangakkara followed his close friend and long-time team-mate in quitting one-day and Twenty20 cricket at the same time, but remained keen to play some more Test matches.