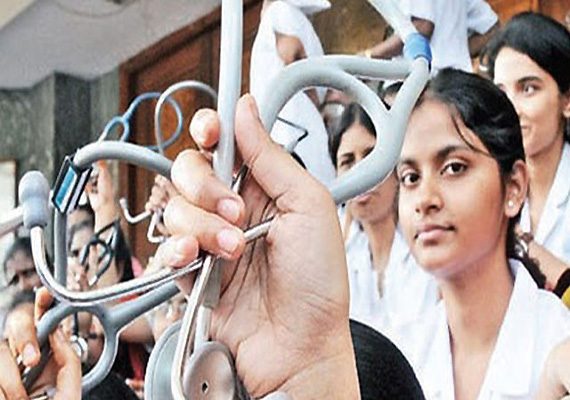 New Delhi:Â Â Doctors in the national capital called off their two-day long strike tonight, hours after Delhi government invoked Essential Services Maintenance Act (ESMA) against them to normalise the functioning of the hospitals run by it.

Delhi Health Minister Satyendra Jain said that the agitating doctors called off the their strike and conveyed it to the government.

Earlier on Tuesday, Delhi government invoked ESMA to force an end to the strike which had crippled healthcare services in government-run hospitals across the city.

The doctors were on strike since Tuesday pressing for hike in salaries as well as seeking government’s intervention in other issues.

Chief Minister Arvind Kejriwal had said that government had accepted all the demands of the doctors and that there was no need for a strike.

Jain had earlier said that the government “accepted 19 demands” put forth by the striking doctors during parleys between the two sides.

“During the meeting, they made five more demands which, too, were accepted and (we) also circulated the minutes of the meeting,” added Jain.

Talking about the doctors’ demands, he said that a major concern was over security and he had met the Delhi Lt Governor seeking police cover at government hospitals.

“Security was a major concern… so I met the Lt Governor seeking security arrangements at government hospitals. The Lt Governor has ordered Delhi Police to provide adequate security at the hospitals,” Jain said.

He added that he will review the situation in this regard after three months along with the doctors.

“Certain demands – like increasing hospital beds – cannot happen in three months. We are working on increasing beds in hospitals and also constructing new ones, which will take some time,” Mr Jain said, adding that he has already asked the health department to strengthen emergency services.

The health department had yesterday accepted 19 demands of the striking resident doctors and ordered them to resume their work by 11 am today.

However, the doctors continued with the strike demanding concrete measures as they claimed that the “government has in the past given similar assurances but failed to deliver”.

With the doctors staying away from duty, citizens visiting government hospitals had a harrowing time as the out patient department (OPD) and ward services were affected by the strike.

However, a doctor at Safdarjung Hospital claimed that “emergency services were not interrupted and managed by senior doctors”.