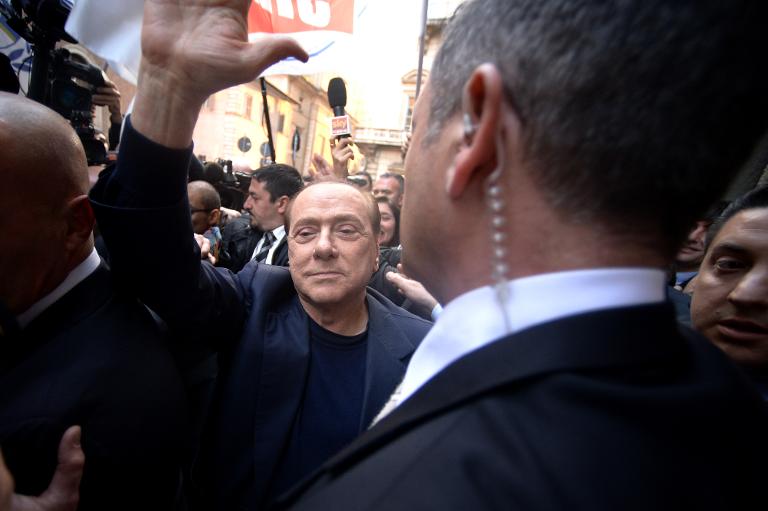 Prosecutors in Naples on Wednesday asked the judge in Silvio Berlusconi’s latest corruption trial to send the former prime minister and media tycoon to jail for five years.

Court officials said the judge would deliver a verdict on July 8 in a case that centres on the centre-right political leader’s alleged bribing of an Italian senator as part of a plot to destabilise a 2006-08 centre-left government.

The prosecutors requested a four year and four months sentence for Valter Lavitola, an associate of Berlusconi who is accused of actually paying bribes totalling three million euros to Senator Sergio De Gregorio in order to induce him to leave the coalition of then premier Romano Prodi.

The idea was to further weaken an already fragile coalition and the defection is widely seen as hurting Prodi’s government, which collapsed in 2008, two years after it was elected. Berlusconi’s Forza Italia party won the resulting election and he served a third term as Italian premier until 2011.

“It was a colossal economic investment made with the aim of achieving the sole goal that interested Berlusconi, who was obsessed by his desire to kick Prodi out and take his post,” prosecutor Vincenzo Piscitelli told the court in his summing-up.

Even if found guilty, Berlusconi, 78, will remain at liberty pending the automatic appeal allowed him by Italy’s judicial system. And even if he was definitively convicted, it is unlikely he would go to prison because of his advanced age.

The “knight”, as he is wildly referred to, has been embroiled in a series of legal cases. He completed a community service order for corporate tax fraud earlier this year but was cleared of having sex with an under-age dancer after judges ruled he could not have known she was a minor.

Berlusconi would have gone to prison for the tax fraud had he been younger but was allowed to serve his time by helping out once a week with dementia sufferers at an old people’s home.