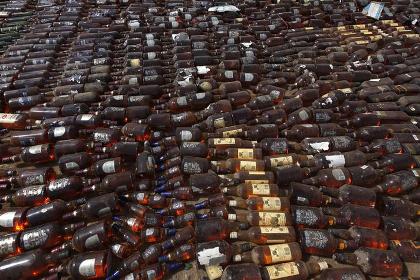 Thane: In a crackdown on illegal breweries after an adulterated batch of liquor killed almost hundred people in Mumbai, police in Thane districtÂ destroyedÂ thousandlitresÂ of illicit liquor in raids.

“Six people have been arrested. We are taking preventive action with regard to habitual offenders and to check the transportation ofÂ illicitÂ liquorÂ we have put up checkpoints in various places and this operation will continue,” said Jadhav.

In a shocking tragedy in Mumbai last week, more than 94 slum dwellers died while more than 45 continue to be treated across hospitals.

The officials said more than 150 consumed the poisonous alcohol and the death toll may rise.

Many others have been admitted to hospitals under serious conditions with two losing their eyesight.Â