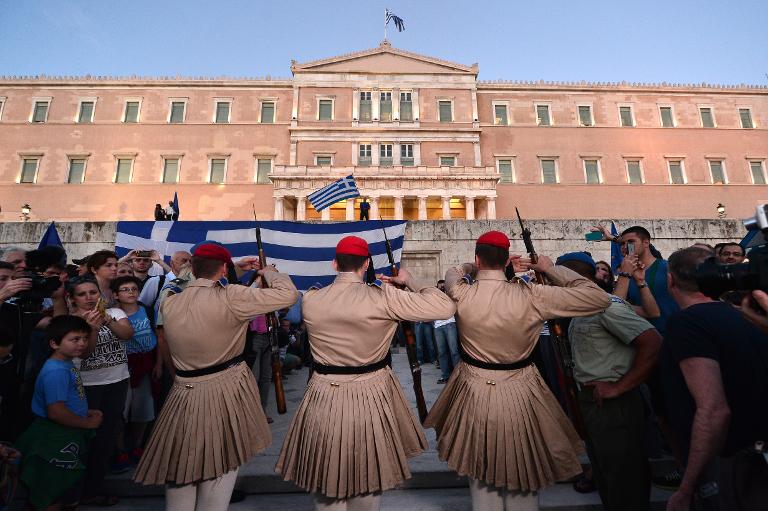 Greece encouraged global markets with its new debt plan, but some economists question whether its emphasis on tax hikes will do more harm than good to the recession-mired economy.

Athens kicked off this week with long-awaited concessions aimed at resolving the debt row with its European and International Monetary Fund (IMF) creditors, addressing key points that have plagued five fractious months of bailout talks.

The Greek government, which was elected on an anti-austerity platform in January, delivered proposals to raise some VAT rates and hike business taxes, increase employee and employer pension contributions, and narrow the country’s budgetary gap.

But however relieved those proposals left stock markets and European leaders that an elusive debt deal may finally be attainable, experts remain unconvinced about the plan’s effectiveness.

“The Greek proposal is way too heavy on one-off tax measures… on the wrong taxes in general (businesses) and not enough on real reforms,” said Unicredit economist Erik Nielsen.

The revamped plan is aimed at unblocking bailout funds, with Greece facing a June 30 deadline to repay the IMF about 1.5 billion euros ($1.7 billion).

The EU and IMF want Greece to achieve a primary surplus target this year of one percent of annual gross domestic product (GDP), followed by two percent in 2016 and three percent in 2017.

In order to achieve this, creditors demanded cutbacks representing 1.5 percent of GDP this year and 2.5 percent next year.

After months of wrangling, Athens relented on Monday and presented measures exceeding those demands with cuts equal to 1.51 percent and 2.87 percent of GDP respectively.

Those should generate almost eight billion euros, mostly through taxes, including the restoration of a 23 percent VAT on the restaurant sector — the rate applied from 2011 to 2013.

“The proposed list of measures appears to be fully in line with official creditors’ demands… compared to the previous one, the new Greek proposal appears to be much more solid and easily quantifiable,” noted economist Platon Monokroussos at Greek lender Eurobank.

However, concerns persist that the tax-heavy mixture of measures could hammer an economy that slumped back into recession in the first quarter of 2015.

“Available estimates suggest that 7.3 billion euros or 93 percent of the total of 7.9 billion (euros) of the new fiscal commitments by the Greek government are increases in taxation and social security contributions,” added economist Jacob Funk Kirkegaard at the Peterson Institute for International Economics.

The only apparent exceptions are early retirement reforms — saving about 360 million euros — and a 200 million euro reduction in military expenditure, according to analysis cited by Monokroussos.

Otherwise, taxation is the emphasis.

A special 12 percent tax hike has also been proposed for business profits above 500,000 euros, while companies will be taxed at 29 percent rather than at the current rate of 26 percent from 2016 onwards.

The broad nature of the hikes will likely hurt demand further in the recession-wracked economy, according to CMC Markets analyst Michael Hewson.

“Even a basic knowledge of economics should tell you that raising taxes when demand is shrinking is like squeezing the juice out of an already juiced lemon,” he added.

Tsipras, meanwhile, faces a tough battle at home to win parliamentary approval for any accord, and may risk members of his hard-left Syriza party accusing him of backsliding on campaign promises.