Home Politics Now Yashwant missile: Are all above 75 brain dead? 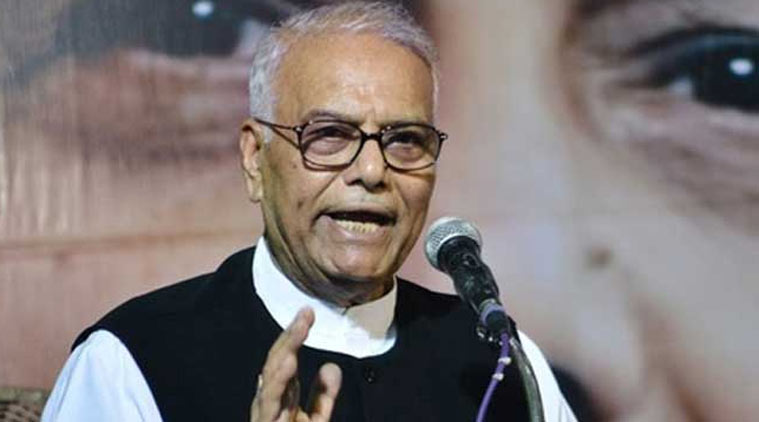 New Delhi:Â In a fresh trouble for Prime Minister Narendra Modi, Â senior BJP leader and former Minister Yashwant Sinha has voiced his opposition to the ill treatment of senior leaders by the NDA regime.

â€œAll those who are above the age of 75 were declared brain dead on May 26, 2014,â€ Sinha said, taking a swipe at ModiÂ for setting the cut off age of 75 years for induction of ministers.Â Interestingly Sinha’s son Jayant is a Minister in Modi’s council of Ministers.

The caustic take from Sinha, who held finance and external affairs portfolios in the Atal Bihari Vajpayee and Chandra Shekhar governments, on the neglect of BJP veterans came at an industry event on Tuesday where he was asked about the difference between the Narendra Modi and Manmohan Singh dispensations.

Sinha also targeted Modi over his pet â€˜Make in Indiaâ€™ initiative, saying â€œmake India firstâ€ and the rest will follow.

â€œI am among those brain dead,â€ Sinha, whose son Jayant is Union Minister of State for Finance, said.

The octogenarian leader from Jharkhand is among top BJP leaders like L K Advani and Murli Manohar Joshi, who have been sulking after not been inducted into the Modi government. Advani and Joshi have been made members of BJPâ€™s â€˜Margdarshak Mandalâ€ to mentor the party. Joshi had recently targeted Modiâ€™s â€˜Namami Gangeâ€™ project for cleaning the Ganga, claiming it will never be successful.

Recalling his days as Finance Minister to take a swipe at the â€˜Make in Indiaâ€™ initiative, Sinha said he had lowered duty on heavy equipment used for building roads. That, he said, accelerated construction of highways and helped the economy. â€œâ€˜Make Indiaâ€™ and â€˜Make in Indiaâ€™ will follow,â€ he said.

Before Yashwant Sinha, Modi had come in for criticism for fixing the cut off age for ministers from another party seniorâ€“ actor-turned-politician Shatrughan Sinha.

Shatrughan Sinha, who had also served as Union minister under Vajpayee, insisted on â€œmerit and mental alertnessâ€ being the criteria for choosing ministers.

â€œInstead of age, the criteria shall be mental alertness and health. Even at an age of 87 L K Advani has a sharp memory and energy like a 40-year-old man. Who can question the mental alertness and physical activities of Advani or Murli Manohar Joshi?â€ Shatrughan, who calls Advani his â€œguruâ€, had said some time back.