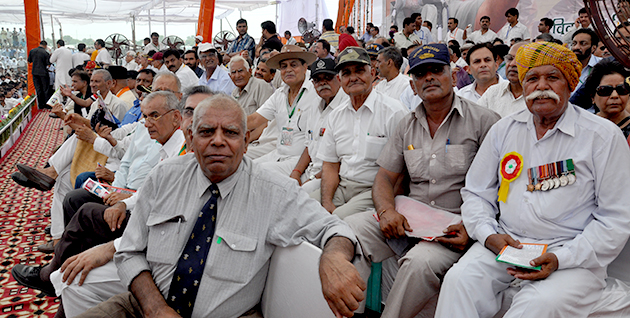 New Delhi: In a bid to get rid of virtual ‘middleman’, the Defence Ministry has come up with an ambitious plan to credit Rs 51,000 crore worth of pensions directly into the accounts of ex-servicemen, doing away with an earlier process of banks.

After mounting thousands of complaints and grievances on pensions being wrongly calculated or distributed unevenly, the MoD has sanctioned a new policy to directly send money to pensioners through the Real Time Gross Settlement (RTGS) process.

Initial estimates by the Controller General of Defence Accounts (CGDA) indicate that an annual saving of over Rs 180 crore will be effected through this change by cutting out the 32 banks – 28 Public sectors and 4 private sectors – that were earlier the distribution agency for pensions.

Moreover, MoD believes that implementing a centralized system will do away with a majority of grievances that pensioners bring up on disbursement of funds.

“An analysis of grievances received at the Ministry or at CGDA office or at PCDA (Pension) office reveal that more than 95% of the complaints pertain to pensioners drawing their pension from the banks. The task of addressing these grievances and providing services to pensioners to their complete satisfaction is an arduous one,” a note on the new system says.

“If all pensioners are brought under the centralised PDA system where MoD will credit pension in pensioners Bank accounts through NEFT/RTGS, saving of Rs 180 cr could be achieved,” the note says.

According to officials, to start with, all new pensioners in the Navy and Air Force will get disbursements through this new system directly into their bank accounts. Pensioners will need to indicate a joint bank account of their choice along with their Aadhar number. The Army, which has the largest chunk of pensioners, will get the new system by August.