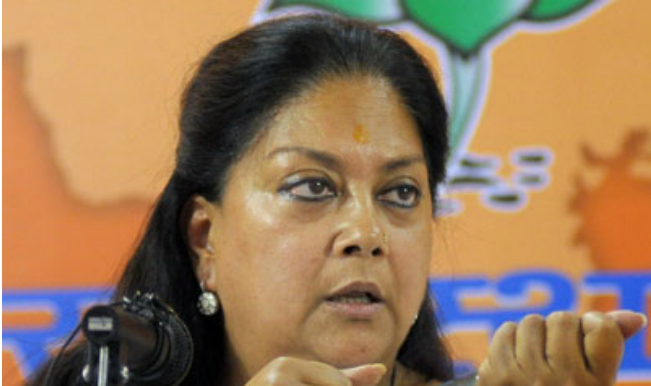 New Delhi: Under the scanner in the Lalitgate controversy, Rajasthan Chief Minister Vasundhara Raje on Wednesday cancelled her London visit. The Rajasthan CM was scheduled to fly to London on June 27 for a seven-day visit. (Also Read:Â Keeping track of #Lalitgate)

Instead, Raje will participate in a meeting of NITI Aayog this weekend. Raje was supposed to attend an investors’ meet in London.

The 62-year-old Rajasthan CM is accused for her connections with the former IPL chief Lalit Modi, who fled India in 2010 after several cases of financial irregularities, emerged against him. Modi has claimed that Raje supported his travel papers through a secret document.

Lok Sabha MP and Raje’s son Dushyant Singh is also under attack over reports that his company received Rs 11.63 crore in investments from Modi in 2008.