Home Cityscape Most smart cities to come up in Uttar Pradesh, Tamil Nadu 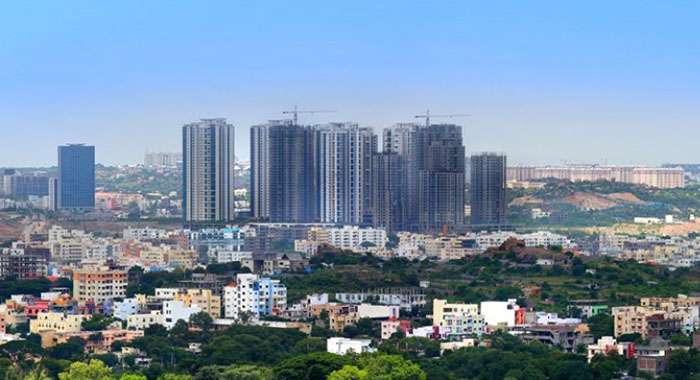 New Delhi: Uttar Pradesh will get to nominate maximum number of cities to be developed as ‘Smart Cities’, followed by Tamil Nadu and Maharashtra.

Ahead of the mega launch of NDA government’s flagship urban projects, the government has assigned number of cities each state/union territory can nominate under the 100 Smart Cities project as well as those to be developed under the Atal Mission for Rejuvenation and Urban Transformation scheme.

UP leads the pack as it has been given the opportunity to nominate 13 cities to be developed as smart cities, while 54 cities in the state have been identified under AMRUT scheme, according to a senior Urban Development Ministry official.

Tamil Nadu comes second with the allocation of 12 smart cities and 33 AMRUT cities.

While Maharashtra has been alloted 10 cities to nominate under the smart city project, Gujarat and Karnataka are eligible to develop six cities each.

Under AMRUT scheme, 37, 31 and 21 cities have been identified in Maharashtra, Gujarat and Karnataka respectively.

Delhi has got one city each for Smart City and AMRUT.

According to the criteria finalised by the government, West Bengal and Rajasthan get to nominate four cities for the smart city project; Bihar, Andhra Pradesh and Punjab three cities; Odisha, Haryana, Telangana and Chhatisgarh two cities; and Jammu and Kashmir, Kerala, Jharkhand, Assam, Himachal, Goa, Arunachal and Chandigarh one city each.

Similarly, under the AMRUT scheme, 31 cities have been identified in Andhra Pradesh; 30 in Rajasthan; 28 in West Bengal; 27 in Bihar; 19 in Odisha and Haryana; 18 in Kerala; 17 in Punjab; 15 in Telangana and 10 in Chhattisharh.

Of these 12 states, eight are under the rule of BJP or its allies accounting for about half of smart cities to be developed and 225 of 476 AMRUT cities identified so far. UTs are also the responsibility of central government.

According to official, each state has been assigned a specific number of cities for such nomination by the ministry based on an objective criteria giving equal weightage to urban population and number of statutory cities/towns in each state.

A statutory town is one that has a notified municipal body. There are 4,041 statutory cities/towns in the country as per 2011 Census. Out of these about 500 cities are with a population of above one lakh each which are the focus of AMRUT. These 500 cities account for 73 percent of country’s urban population.

While assigning the 100 smart city slots among states/UTs, geographical equity has been taken into consideration to ensure that each State/UT gets to develop at least one smart city, the official said.

“Selection of potential smart city candidates is based on a two-stage competition — ‘City Challenge competition. First stage of competition is intra-state. This involves evaluating all cities and towns in each state based on a set of criteria evolved by the Ministry of Urban Development in consultation with all stakeholders including states/UTs,” he said.

Cities nominated by each state will participate in the second stage of ‘inter-city’ competition. These 100 cities will prepare smart city plans for each city and they will be evaluated in the ministry by a panel of experts based on a set of elaborate criteria.

All 100 cities will be ranked based on the criteria and the top 20 will be chosen for funding during 2015-16.Â

Rest of the cities will be given time to make up the deficiencies identified before participating in the next two rounds of competition, the official said.

Subsequently, another set of 40 cities will be selected for financing in 2016-17 and the remaining 40 in next year.

For the selection of AMRUT cities, broad criteria is that cities/towns with population of above one lakh.

Hill cities, Island cities, towns of tourism importance, and towns on the main stem of Ganga are also to be included even though they have less than one lakh population.

So far, 476 cities/towns have been selected as per details given in the above table and the rest are being finalised.Â
Â