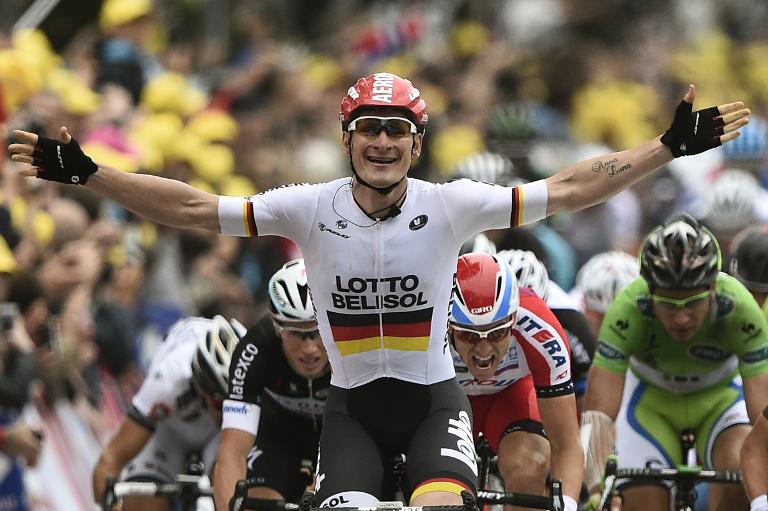 The German sprinter has six stage wins on the Tour and has won at least one in each of the last four editions.

For the 2015 edition, the 32-year-old will rely on New Zealand’s Greg Henderson, Jens Debusschere and Marcel Sieberg guiding him home on the flat stages.

“There are less sprint stages than on a normal Tour but it remains our best chance of a stage win,” said team boss Marc Sergeant.

France’s Tony Gallopin also won a Tour stage last year and wore the overall leader’s yellow jersey for two days. He, Tim Wellens and Thomas De Gendt will be given a free hand to attack on rolling stages.

Breakaway specialist Adam Hansen, a 34-year-old Australian, has completed every single Grand Tour he has started since 2011 and this will be his 12th. He picked up stage wins in the Giro in 2013 and the Vuelta in 2014.