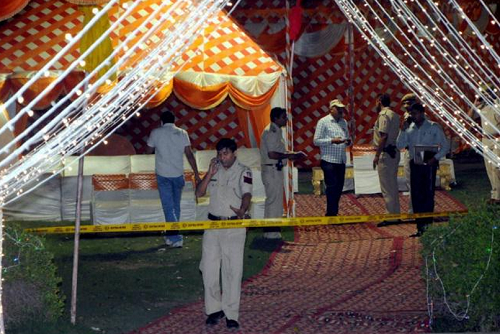 Bareilly: So, what according to you is a status symbol? A phone, a car, a bungalow? No, these days, it looks like oneâ€™s ability to just kill someone for not obeying them seems to be one.

When, in a party at Singhauli village in Bareilly, a DJ failed to dish out â€˜Tamanchey pe disco’, the man who had requested the song felt offended. And boom! A bullet took care of the errant DJ. Â

The moment it happened, locals wasted no time and rushed him to hospital, but he died on the way. The accused has been arrested and charged with murder.

It seems that the accused, who was drunk, had a country made pistol, using which he had fired a few rounds earlier in the night as well, but no one really expected him to fire at the DJ.

Superintendent of police (rural) Brijesh Kumar Srivastava said, “It is a shocking incident. We have arrested the main accused who has been booked under IPC’s section 302 (murder) and sent to jail. The victim, Arun, was the sole breadwinner of his family, which included his wife and two children.”