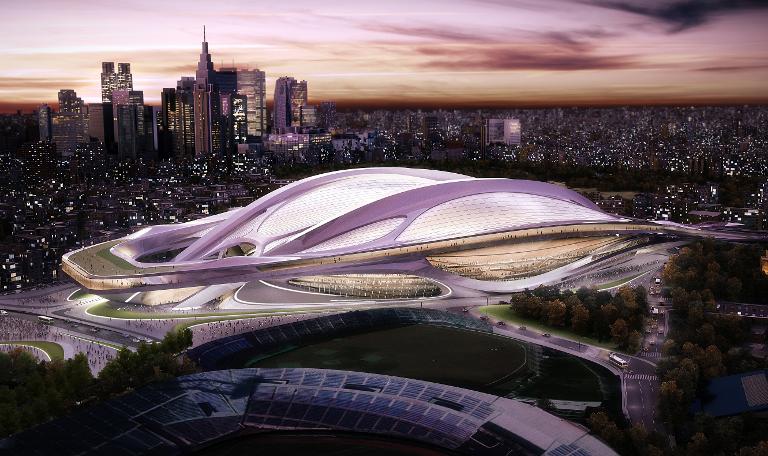 Japan has decided to push ahead with the construction of a controversial and costly main showpiece venue for the 2020 summer Olympics, reports said Wednesday, despite stringent criticism from architects.

The sports ministry has reached a deal with two construction firms to build the new national stadium in Tokyo for an estimated cost of 250 billion yen ($2 billion), according to the Nikkei business daily.

That marks a 90-billion-yen price rise since the sleek, futuristic design by Iraqi-British architect Zaha Hadid originally won an international competition in 2012, up from 162.5 billion yen, according to the Nikkei and the Asahi Shimbun.

But officials have adjusted the design as they attempted to cut cost, to eliminate aspects of the design that are difficult to realise, and to shorten the construction time.

The stadium’s retractable roof will be built after the Olympics. The number of permanent seats will be reduced to 65,000 from the original 80,000, local media said.

Construction will begin in October, and officials hope it will be finished by the spring of 2019, in time for the Rugby World Cup, the Asahi said.

The decision will be discussed at a meeting among agencies concerned, including Tokyo governor Yoichi Masuzoe on Monday, the Nikkei said.

Masuzoe has passionately opposed the national government’s move to force the Tokyo municipality to pay 50 billion yen towards the cost of the stadium.

He has condemned contractors for inflating the prices and national officials for their failure to negotiate harder.

The stadium has also faced loud criticism from respected Japanese architects, who have argued that Hadid’s design is too complex and too costly.

Sports minister Hakubun Shimomura said Monday his ministry will take into account the views of experts, including those of architect Fumihiko Maki, who says he can design a stadium that would be cheaper and faster to build and should remain profitable after the Olympics.

“We have never said the Zaha plan is our final decision. If adjustments can be made, including lowering the cost, we will do that,” Shimomura told local journalists on Monday.

“It doesn’t mean, though, that we are making our decision from scratch,” he added.