Hunt for life beyond Earth may soon be possible | Newsmobile
Thursday, June 30, 2022 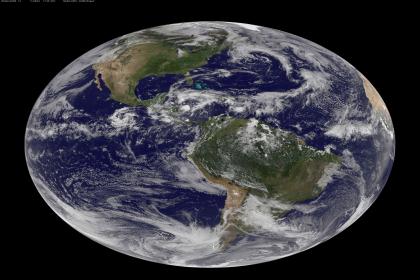 Washington: A new research has suggested that nonphotosynthetic pigments can be biosignatures of life on other worlds.

Using computer simulations, University of Washington researchers found that if organisms with nonphotosynthetic pigments, those that process light for tasks other than energy production, cover enough of a distant planet’s surface, their spectral signal could be strong enough to be detected by powerful future telescopes now being designed. The knowledge could add a new perspective to the hunt for life beyond Earth.

Lead author Edward Schwieterman said that such organisms will produce reflectance, or brightness, signatures different than those of land vegetation like trees, adding that this could push researchers to broaden their conception of what surface biosignatures might look like on an exoplanet or world beyond our solar system.

Exoplanets are much too far away to observe in any detail; even near-future telescopes will deliver light from such distant targets condensed to a single pixel. So even a strong signal of nonphotosynthetic pigments would be seen at best only in the “disk average” or average planetary brightness in the electromagnetic spectrum, Schwieterman said.

This broader perspective might allow them to pick up on something they might have missed or offer an additional piece of evidence, in conjunction with a gaseous biosignature like oxygen, for example, that a planet is inhabited, Schwieterman said.

The study is published in May in the journal Astrobiology.