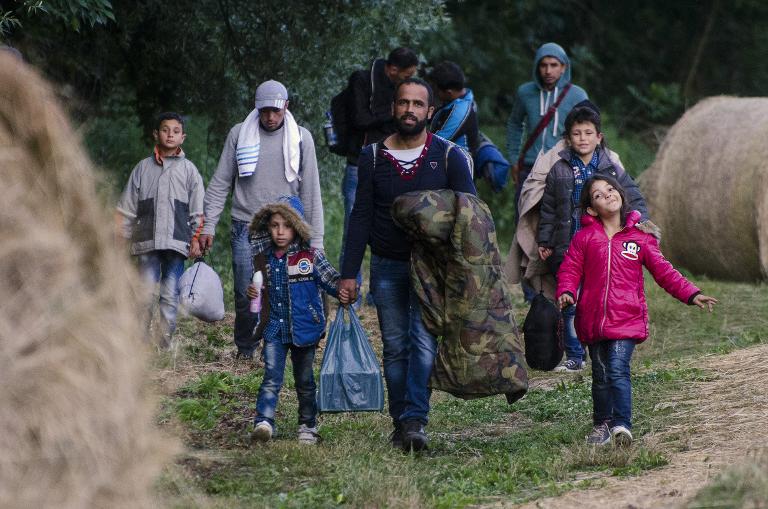 The rule requires a migrant’s claim to be processed in the EU country they first arrive in, a government spokesman said on Tuesday.

But it will be suspended as “the boat is full,” Zoltan Kovacs told Austrian media, referring to the recent influx of migrants.

“We all wish for a European solution, but we need to protect Hungarian interests and our population.”

About 60,000 migrants have entered Hungary so far this year, most of them via Serbia, according to government figures.

Hungary says it has now “exhausted the resources at its disposal” to accept further asylum-seekers, and the government has toughened its anti-immigration rhetoric.

Prime Minister Viktor Orban also sparked controversy last week when he announced that Hungary was building a four-metre (13-foot) high fence on its border with Serbia to keep out migrants.

The EU said late Tuesday that Budapest needs to urgently clarify its suspension of the so-called Dublin III regulation.

“Hungary has informed Member States … that the suspension is due to technical reasons and for an uncertain period of time,” a European Commission spokeswoman said in a statement to AFP.

“As the Dublin rules do not foresee the suspension of transfers by the receiving Member States, the Commission has asked Hungary for immediate clarification on the nature and extent of the technical failure, and on the measures taken to remedy the situation.”

Hungary is in Europe’s passport-free Schengen zone, which means that once migrants have arrived in the country, they can travel freely elsewhere in the other 25 nations in the bloc.

Many try to continue on to other European states, including Austria and Germany.

According to the Dublin rules, however, these nations can return the asylum seekers to Hungary to process their application.

Underlining that the country no longer has the capacity to handle the influx of migrants, Kovacs said that more than 3,000 people are being lodged in centres that are built to house 2,500.

“Anyone who wants to have a Europe without borders, needs to respect the Schengen rules. Of course this also means respecting the Dublin rule.”

Orban, who has a record of spats with Brussels, has been among the harshest critics of EU plans to manage the upsurge in migrant numbers by spreading the burden around the 28-nation bloc.

He stirred international controversy last month when his government sent a survey to eight million Hungarian voters with questions linking migrants with terrorism.