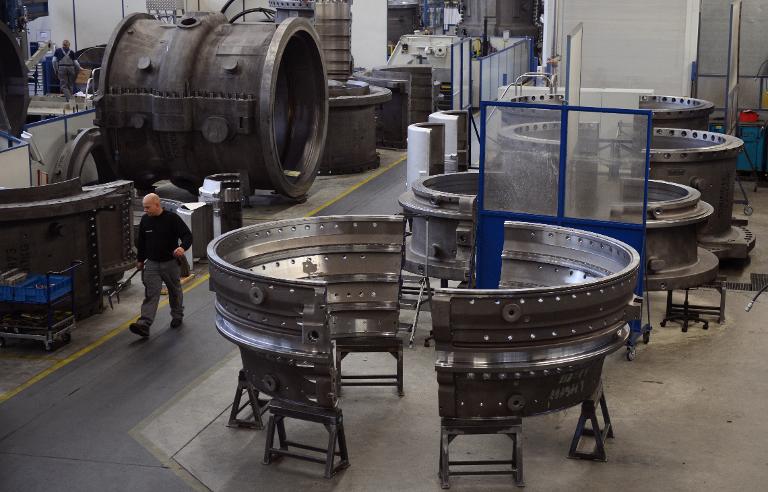 German business confidence fell to its lowest level in four months in June as uncertainty about Greece caused the outlook for Europe’s biggest economy to cloud over, the Ifo economic institute said on Wednesday.

The Ifo institute’s closely watched business climate index fell to 107.4 points in June from 108.5 points in May, the think tank said in a statement. That is the lowest level since February.

It was the second month in a row that the index has fallen and analysts had been expecting a much shallower decline.

“The outlook for the German economy is overcast,” said Ifo president Hans-Werner Sinn.

“The indicator for the current business situation declined this month following three successive increases. Business expectations deteriorated for the third consecutive month and are now only slightly optimistic,” he said.

Ifo calculates its headline index on the basis of companies’ assessments of the current business environment and the outlook for the next six months.

The sub-index measuring current business fell to 113.1 points, while the outlook sub-index slipped by one whole point to 102.0 points, the institute said.

“With all the news about Greece and crisis splattered across newspaper headlines and TV screens, German manufacturers are turning a bit more cautious,” he said.

– Nothing to worry about –

But the expert said the small decline in confidence was not much to worry about.

“Once we know the fate of Greece, one way or the other, that uncertainty is likely to fade somewhat,” he said.

“The euro is still priced very competitively, monetary policy is unusually supportive, fiscal policy is neutral in the eurozone and slightly expansionary in Germany. Real income and employment are rising nicely in Germany. We look for growth to strengthen in Germany and the euro area in the second half of 2015,” Schmieding said.

Postbank economist Heinrich Bayer was also confident that the new drop in the Ifo index “is not the start of a downward trend. At the bottom line, the German economy remains in a growth trend,” he said.

“Even if the doses have been reduced somewhat, the German economy is still on steroids. Despite some recent rebounds, the weak euro exchange rate and low energy prices are still artificially extending the last phase of a very positive reform-growth cycle,” he said.

“Even after today’s drop, the level of the Ifo remains comfortably high. The index shows that German businesses are not immune to the Greek crisis and that Grexit fears are not only discussed in the local pub but also in boardrooms. However, for the time being, these fears should not have a negative impact on the economy yet,” he concluded.