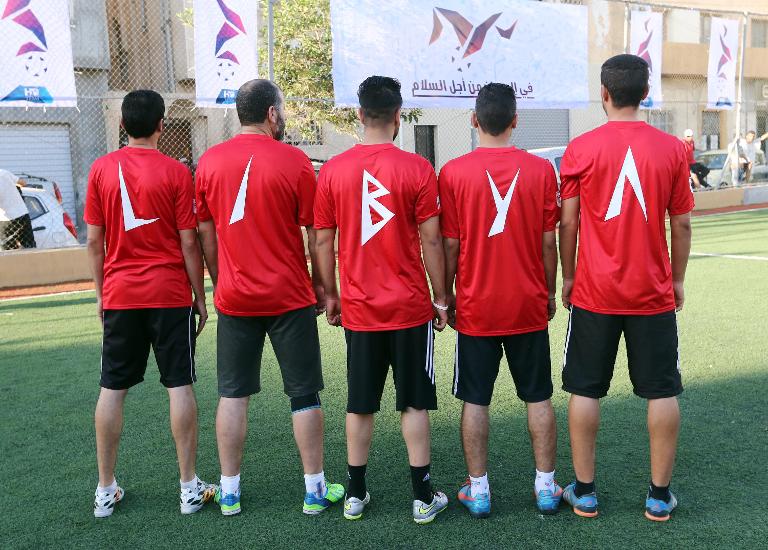 The cheers of football fans have replaced the echoes of gunfire in Tripoli this Ramadan in a charity-organised tournament aimed at giving Libyans a break from the relentless conflict.

Dozens of eager spectators turned out on Monday night for an eight-a-side game featuring young amateurs and former professionals in the capital, the second of three organised by a local charity.

Both teams’ jerseys carried in large font the name of their country, which was plunged into turmoil after a NATO-backed uprising in 2011 unseated long-time dictator Moamer Kadhafi, who was later killed.

Warring militias are battling for influence and a share of Libya’s vast oil wealth as rival parliaments and governments struggle to staunch a rising tide of jihadist militant activity.

“We lack peace and sport. We’ve been deprived of this atmosphere for two years but today we watch a match together as brothers,” said Al-Aref bin Sassi, a 52-year-old trader, as he followed the action on the synthetic pitch.

“We can no longer support the war. It’s time it finished,” he added, as crowd members handed out hats and flags emblazoned with the message: “On the pitch for peace.”

The games were organised by local charity H20 with US and EU funding in a bid to show that peace and coexistence are possible in a country reeling from brutal fighting, according to organiser Mohammed Mahmud Hamuda.

“We gathered old players and young people to promote a slogan that is the hope of the whole country,” he said.

“The players come from different regions and we decided to organise the games during Ramadan, a month of mercy.”

Since Ramadan began on June 17, a tacit truce has largely held between rival militias who had fought each other with increasing intensity in recent months, leaving hundreds dead.

The only major violence came at the weekend when Islamist militiamen moved in on Islamic State group fighters in the eastern city of Derna, with Libyan media reporting “dozens of deaths” among the extremists’ ranks.

“We chose football to deliver our message because it is very popular in Libya,” said Hamuda. “The sport allows people to interact, with honest rivalry and a common goal, which we in Libya need to achieve peace.”

In Tripoli, which is controlled by the Islamist militia-led Fajr Libya alliance that has established its own government, the clamour of gun and rocket fire has receded, allowing locals to shop in markets packed with meat, fruit and vegetables for the Muslim fasting month.

The power supply is even back in most neighbourhoods in the capital.

Behind the rows of fans who cheer each goal during the game, the words “Free Libya” have been daubed in paint on a wall near a photograph of Kadhafi, shadowed by his famous dark glasses, captioned: “Wanted criminal”.

Many names of Libyan cities have been printed on banners hung from railings around the stadium, an idea H20 hopes will encourage unity among fans and players alike.

Hicham Zayyani said his teammates had come from around Libya.

“We can’t do any more war. We need to address the situation,” he said, his lips pursed with bitterness.

“We are good people.”