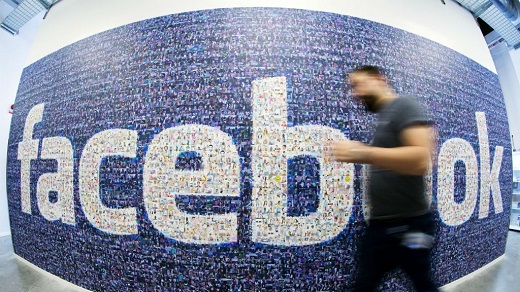 New York: Facebook is now bigger than Wal-Mart, at least when it comes to its value on the stock market.

The world’s biggest online social network knocked the world’s largest retailer out of the top 10 list of the highest-valued companies in the Standard & Poor’s 500 index on Monday and the gap widened on Tuesday.

While the switch is mostly symbolic nothing specific happened this week to warrant it, and the difference between the two giants is not that big it signals investors’ insatiable appetite for successful tech stocks. Apple, Microsoft and Google top the list of the highest-valued companies in the US, and Facebook looks to be on its way to joining them.

A company’s market value is calculated by multiplying the number of shares of stock it has in circulation by the current price of one share.

Facebook, which is based in Menlo Park, California, has been on a roll this past year, its shares up about 34 % in the past year compared with just 8.2 % for the S&P 500 index. Its quarterly results have consistently surpassed expectations.

Bentonville, Arkansas-based Wal-Mart, meanwhile, asked for investor patience after its most-recent earnings report showed a 7 % profit decline due to the effects of the strong dollar and higher worker wages and spending on its online operations.

Comparing the two companies’ financial results, though, shows just how much Wall Street is investing in growth and potential Facebook versus existing size and might Wal-Mart.

In the first three months of this year, Facebook’s total revenue of $3.54 billion amounted to just a little more than Wal-Mart’s total profit for its fiscal first quarter of $3.34 billion. But while Facebook saw revenue grow 42 % in the same period, Wal-Mart’s declined slightly.

That said, none of the nine companies that follow Apple in the top 10 come even close to the mighty iPhone and Mac maker, whose market capitalization is about $735 billion.