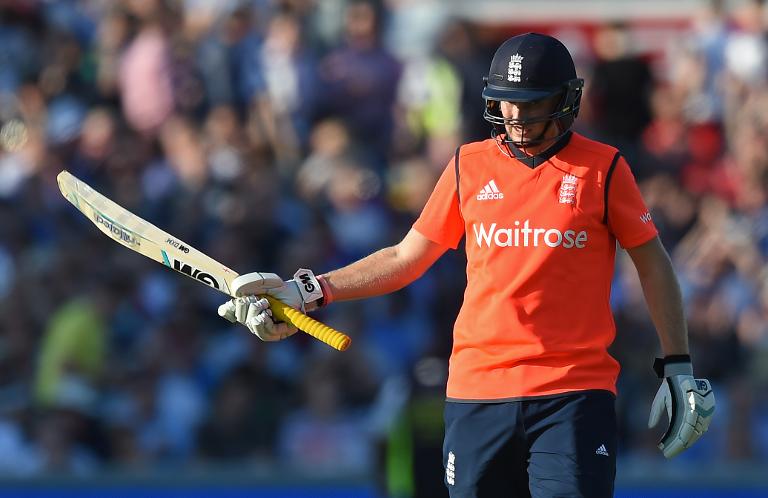 England set themselves up for the Ashes by ensuring New Zealand’s tour ended in a comprehensive defeat as they thrashed the Black Caps by 56 runs in the lone Twenty20 international at Old Trafford on Tuesday.

New Zealand, set 192 for victory, collapsed to 135 all out as they lost their last five wickets for four runs in 12 balls.

For England, it was the ideal way to sign off ahead of the Ashes after they had shared the two Test series 1-1 and defeated New Zealand, who humiliated them en route to the World Cup final, 3-2 in a thrilling one-day international series.

The first Test against Australia starts in Cardiff on July 8.

England’s Joe Root was named man-of-the-match for his 68 in the hosts’ 191 for seven.

“This felt a million miles away after the World Cup,” said England white-ball captain Eoin Morgan.

“Now we have won this game and the ODI series, it reinforces to the guys that, it might not always come off, but we can beat the best in the world in any game of cricket.”

New Zealand were 101 for five at the half-way stage but then collapsed in spectacular fashion as England won with 22 balls to spare.

“I thought that 190-odd was about par. I was not unhappy at half-time, but we batted a bit amateurishly to be honest,” said New Zealand captain Brendon McCullum.

“Credit to England, we wish them all the best for what is to come.”

New Zealand’s Kane Williamson top-scored for the Black Caps with a typically elegant 57 but his side’s hopes of victory effectively ended in a 15th over where they lost three wickets.

Mitchell Santner was bowled by Wood and, two balls later, Williamson was run out by Willey’s brilliant direct hit, one-handed pick-up and throw from cover.

Next ball Tim Southee fell for a golden duck as he drove Wood straight to England captain Eoin Morgan at mid-off.

Brendon McCullum, in what could have been his last international innings in England, produced a typically quickfire 35.

He pulled Steven Finn for six and drove Willey high back over his head.

McCullum then clouted Wood’s first two balls at this level for six.

But the Durham paceman had his revenge when his sixth delivery saw McCullum bowled after missing a low full toss.

Ross Taylor, dropped on 17, fell for the same score when he skyed leg-spinner Adil Rashid to Willey at mid-off.

And 89 for three soon became 95 for four when new batsman Colin Munro missed with a booming drive and was bowled by Ben Stokes.

The all-rounder then made it two wickets for six runs in six balls by when Luke Ronchi, trying to ‘ramp’ the ball, lobbed a gentle catch to opposing gloveman Jonny Bairstow.

Santner had taken three wickets for four runs in seven balls at the start of England’s chase in Saturday’s fifth one-day international in Durham only for the hosts to win by three wickets.

England’s 76 for two became 79 for three as Santner produced a beauty that spun past the outside edge to bowl Bairstow, promoted up the order following his match-winning 83 not out on Saturday, for one.

England, however, scored 23 runs in a 15th over bowled by experienced off-spinner Nathan McCullum.

Root’s 46-ball innings, including eight fours and a six, ended when he skyed McClenaghan to point.