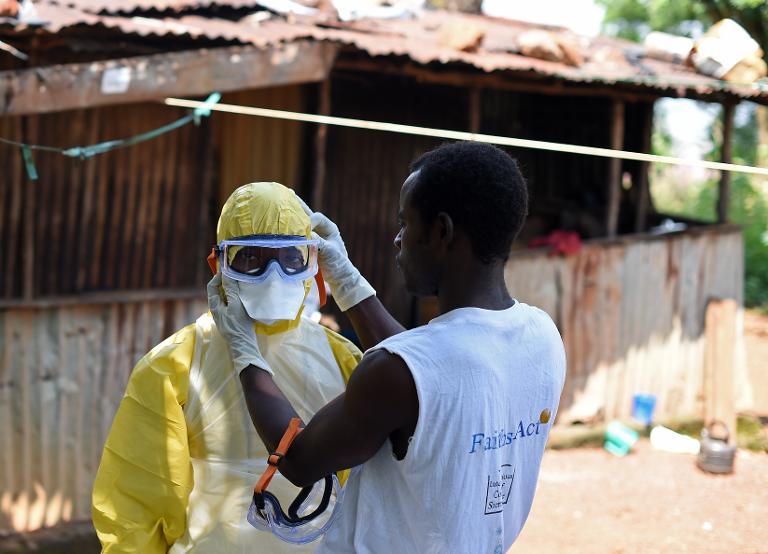 Sierra Leone’s capital Freetown has suffered a fresh outbreak of Ebola, dashing hopes that health authorities in the densely-populated city of 1.2 million had beaten the deadly epidemic.

The government’s National Ebola Response Centre (NERC) told AFP late on Tuesday three cases had emerged in the east-end slum of Magazine Wharf — three weeks after the last known infections in the capital.

Health officials said six people have been under observation since the first of the new cases — a casual labourer — tested positive on June 17.

Authorities are concerned that the case could lead to a mini-outbreak in the overcrowded fishing community, which has poor sanitation and is regularly hit by outbreaks of malaria and cholera.

Liberia was declared Ebola-free in May, but hopes that neighbouring Sierra Leone and Guinea would quickly follow suit have been dashed recently, with the weekly toll of infections in the two countries hovering around 25.

The World Health Organization (WHO) warned earlier this month that the retreat of the virus “that was apparent throughout April and early May has stalled”.

“The bumpy road to zero will continue to try our resolve and patience to the limit but I ask for your commitment and understanding while we head towards the final stage of this fight,” NERC chief executive Palo Conteh told reporters in Freetown on Wednesday.

“Text books tell us that the last stages of any outbreak of this nature can be difficult and frustrating and I can confirm from personal experience that they are right.”

One of the deadliest viruses known to man, Ebola is spread only through direct contact with the bodily fluids of an infected person showing symptoms, such as fever or vomiting, or the recently deceased.

Authorities have blamed the failure of Sierra Leone and Guinea to eradicate the virus on people hiding deaths in the family and carrying out unsafe burials that are aiding Ebola’s spread.

Conteh said he had received reports of expert disposal teams demanding up to one million leones ($240) from bereaved families for burials and promised a “full inquiry” to bring the practice to a stop.

According to the WHO, as of June 21 there had been 27,443 confirmed, probable and suspected cases of Ebola in Guinea, Liberia and Sierra Leone, of which 11,207 were fatal.

Sierra Leone has seen almost half of the total caseload, reporting more than 3,900 deaths.

People in the worst-hit chiefdoms of Kambia and Port Loko have been confined to their homes until the beginning of August over fears that the disease is also resurgent in the northwest.

The country has also extended until September a nationwide state of emergency. The move restricts public gatherings and other activities that could spread the virus.

Authorities in Kambia said an extra 800 soldiers and 700 police had been deployed to ensure locals respected the regulations.

“There are increased human resources available and the presence of the security forces is overwhelming,” said Alfred Kamara, the district Ebola coordinator, adding that around 600 people had been quarantined in two villages.