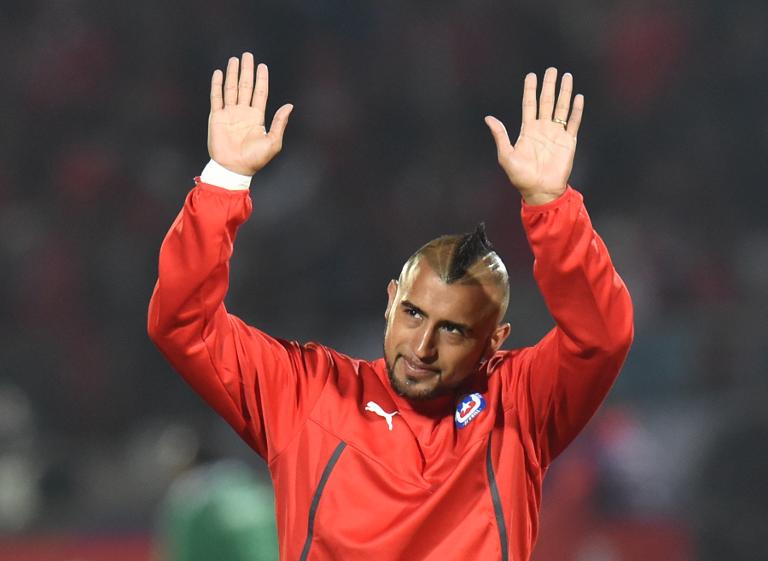 Chilean football star Arturo Vidal, who was arrested last week for crashing his Ferrari while driving drunk, will face a new charge of threatening a policeman, a judicial source said Wednesday.

The source told AFP the Juventus midfielder would be arraigned on July 8 on an additional charge of threating Deputy Sergeant Osvaldo Pezoa, the officer who booked him after he crashed his bright red sports car last week on the outskirts of Santiago driving home from a night out at a casino.

Vidal, who is currently home playing in the Copa America, the South American championship, was caught on tape after the accident swearing at the arresting officer in a confrontational exchange.

“Go ahead and handcuff me, but you’re going to shit all over Chile,” he can be heard saying in the amateur video, which was posted online by Santiago radio station Bio Bio.

Vidal’s license was suspended for a 120-day investigation period after the crash, which injured his wife.

After spending the night in jail, he was released on condition he report to the Chilean consulate in Milan every month.

Vidal, who made a tearful apology the day after the accident, was allowed to keep his spot on the Chile squad, and played in the hosts’ 5-0 rout of Bolivia Friday to reach the quarter-finals.