Bouchard vows to play 'on one leg' at Wimbledon | Newsmobile
Saturday, June 25, 2022

Home Sports Bouchard vows to play 'on one leg' at Wimbledon 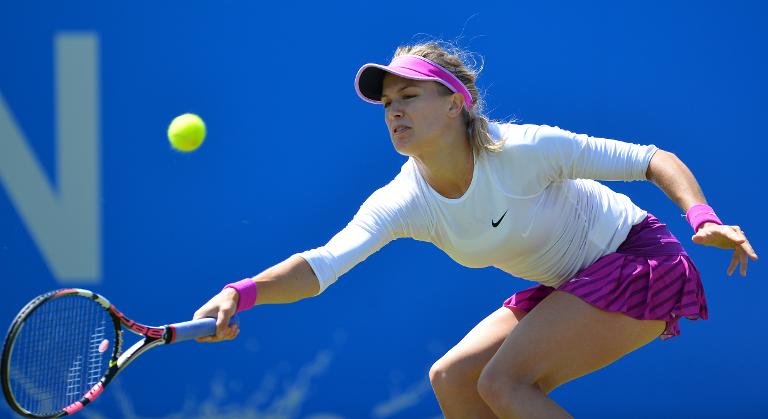 Eugenie Bouchard vowed to take to the court at Wimbledon “on one leg” after abdominal pain forced her to quit a match at the Eastbourne International on Wednesday.

The 2014 wimbledon finalist said there is no way she will miss her first-round start next week at the All England Club.

“I’m going to play no matter what, even if I’m on one leg. I’ll take a few days off from serving and give it a little break and see how it goes,” she said.

Bouchard handed a 6-4, 3-0 third-round Eastbourne victory to Swiss Belinda Bencic as the hard-luck Canadian lost her 11th match from her last 13 in a slump which began more than three months ago.

But the world number 12 is determined to look past her current testing times on court.

“There are much worse things in life,” said the 21-year-old who also played semi-finals last season at the Australian and French Opens during a breakthrough season.

“It’s been a rough time for me these past couple of months, for sure, with my tennis, coaching changes and a couple of injuries here and there. I know it will turn around and things will start going my way soon.

“I’m looking forward to going back to Wimbledon, of course. It was the highlight of my career so far. Hopefully I can make more highlights like that.

“I want to work towards achieving a final or winning a Grand Slam throughout my career. That’s always the goal.

“I’m not worried about defending one specific tournament. I just want to do it again anywhere

“I don’t think walking into Wimbledon I will feel like magic powder sprinkled on me, although it does have that effect on people,” she joked.

“But throughout this whole process (her slump) I’ve just been focusing day by day and week by week: OK, I will try my best this week and see if it will happen.

“Considering next week is such an important event, everyone prepares as best they can, so that’s what I’m trying to do as well.”