Home Sports Bolt will work on 100 at Jamaican trials 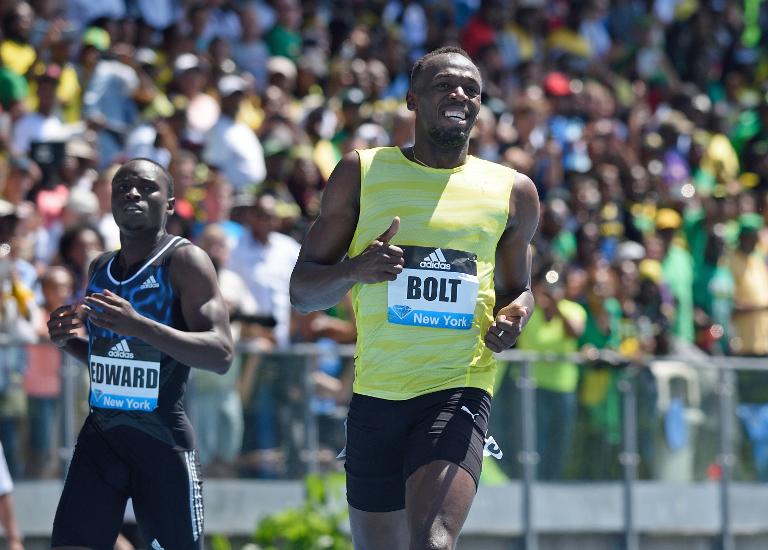 Reigning world and Olympic sprint champion Usain Bolt will return to basics when he runs the 100 metres Thursday at the Jamaica Athletics Championships to prepare for the World Championships.

Bolt had not originally planned to run at the national trials for the Jamaican squad that will compete at the worlds later this year at Beijing, having already assured himself of a spot in the field at the Bird’s Nest.

But his failure to run under 10 seconds in the 100 or under 20 seconds in the 200 so far this season has bewildered the global sprint star and forced coach Glen Mills to change plans and enter him in the Jamaican trials that selects athletes for the worlds and next month’s Pan American Games in Toronto.

Bolt has byes in both the world 100 and 200 after winning both events two years ago in Moscow, just as he did at the 2008 Beijing Olympics and 2012 London Olympics.

But while making the team is not a concern, finding form is a worry.

It was at the Bird’s Nest seven years ago where Bolt set 100 and 200 world record while dancing into the hearts of sports fans all over the globe.

Bolt took last season off to rest and underwent a medical procedure to prepare for what he says are his final three years of competitive track and field, a span in which he wanted to secure his legacy and create history as the only man to win three straight Olympic sprint doubles.

But things have not worked the way he hoped this season.

After running a sluggish 20.29 seconds in the 200 at the Diamond League meet in New York earlier this month, Bolt has had to change his plans.

Now Bolt can hope for a repeat of the 2012 season, in which he was beaten twice by Yohan Blake in both Jamaican trials finals but rallied to win both gold medals in London, defeating Blake in each final.

Nearly 60 men are entered in the 100 but the focus will be upon Bolt, which could help Asafa Powell, who has a season-best 9.84 seconds and will be favored to win the 100 final on Friday night.

Blake, who has been hampered by injuries since 2013 when he missed defending his world title, is entered in both sprints, as is Nesta Carter, the sixth-fastest man ever.

They could be pushed by a stable of young sprinters led by Kemarley Brown, who ran 9.93 seconds last year.

Shelly-Ann Fraser-Pryce who has byes in both sprints after winning them at the 2013 Moscow worlds, is entered in both events but has said she is unlikely to run the 200 as she concentrates on breaking her Jamaican 100m record 10.70 seconds.

Standout hurdler Kaliese Spencer will skip the 400 hurdles to instead run the 400 and secure a berth on the 4×400 relay while discus thrower Jason Morgan, who unleashed a 68.19m efort two weeks ago at a US meet, are the other season world leaders on offer.

Women’s sprints will be interesting with Fraser-Pryce and world and Olympic champion Veronica Campbell-Brown expected to fight a pack led by Fraser-Pryce training partner Elaine Thompson, who has run under 11 seconds three times this year with a best of 10.84 seconds, taking one-third of a second off her personal best.