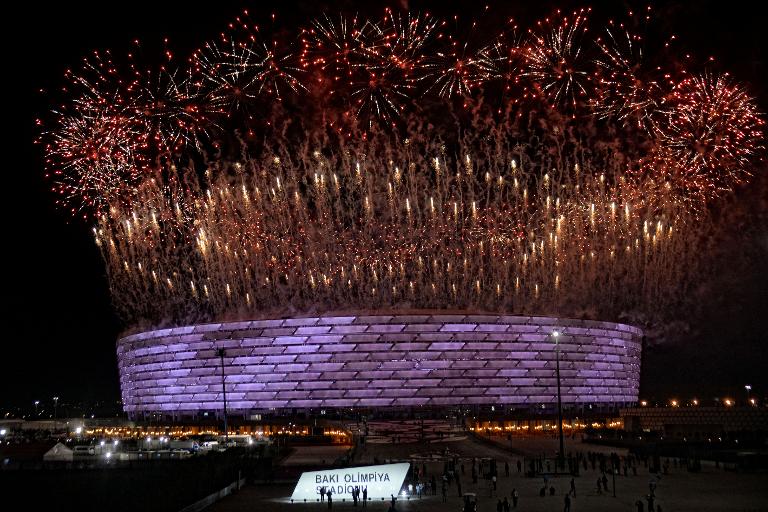 Baku, with infrastructure and personnel in place thanks to the ongoing European Games, are now in a position to launch a serious bid to host the Olympics, European Olympic Committees (EOC) president Pat Hickey told AFP on Wednesday.

The Irishman came up with the concept of the Games and despite many sceptics persisted with the idea and was the piledriving force in the dream becoming reality.

And assessing Baku as a future Olympics host he said: “It has already been said on several occasions, there is no doubt this city has the ambition to be a candidate to host the Olympics in the future.

“On the two previous occasions they failed to make the short list.

“But at the time they had neither the infrastructure nor anyone with the experience of organising major events.

“The legacy they inherit from these Games, are obviously the infrastructure and also the people because we insisted the experts who came here from the London Olympics took on Azerbaijanis as their number 2 to 5.

“At the end of the Games they will have their own homegrown people capable of organising no matter what type of world event.

“Those are the best conditions to bid in the future for the Olympic Games.

“Which ones they will bid for I don’t know.”

Hickey, the most high profile Irishman in international sports administration since Lord Michael Killanin was president of the International Olympic Committee (IOC) from 1972-80, said despite criticism for awarding the hosting rights to Azerbaijan, because of its poor human rights record, he had done all within his limited powers to address the issue.

“We met and listened to bodies such as Amnesty International and the European Union and we conveyed their worries and concerns to the highest authorities in Azerbaijan,” said Hickey, whose 70th birthday by pure chance occurred during the Games.

“We did all we could, we do not have the authority to tell a state what it must do.

“We used soft diplomacy, like one does for these type of delicate matters.

“I think that we acted well, and in a correct manner.”

Hickey, who said his top moment so far was the lavish and spectacular opening ceremony which included pop diva Lady Gaga singing ‘Imagine’, was praised for a diplomatic coup in persuading Armenia to participate despite their and Azerbaijan’s bitter mutual hatred.

He said his diplomatic efforts in this regard had paid off handsomely.

“The two countries are at war over Nagorny Karabakh,” he said.

“I met with the Armenian head of delegation for an hour here, and he is extremely happy in the way they have been treated, and the manner in which they have been respected.

“It is true that when they have competed in the stadia it has been noisy and there has been booing but go to any football match in Europe and it will be no different!”

With regard to the future of his brainchild — there were many who doubted it would make a second edition — Hickey was unequivocal about it and added while they may not be on the same scale they would be suited to the host’s own national identity.

“I am not going to just say I am sure, I am absolutely positive on this subject (the future of the Games),” said Hickey.

“We have six cities interested in the Games (for 2019). What is especially interesting is that two cities have approached us since the beginning of the Games.

“That is really good for us because they have seen what they are like and come to us on the back of that.

“We will focus on finishing these Games successfully, take a short break and announce towards the end of the year what city will host the 2019 edition.

“The next edition will be completely different, that is the strength of Europe, we must never lose our national traits or tastes like the French have for snails, and the Russians with their caviar.

“Every European must preserve their own identity but without losing touch with other Europeans.

“And by the way I love eating snails!” added Hickey, who is married to a Frenchwoman.