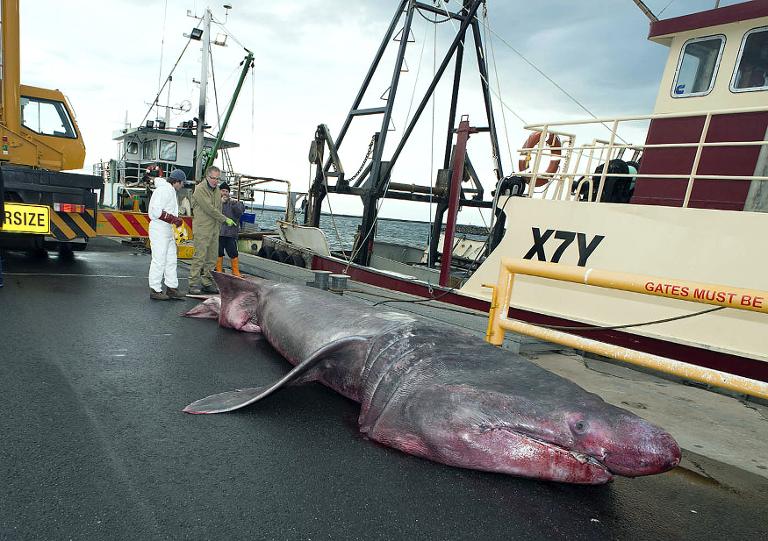 Fishermen off Australia who accidentally caught a whopping basking shark have provided scientists with a rare opportunity to study the second-biggest fish on the planet.

The 6.3 metre (20 feet) fish is causing a sensation Down Under where little is known about the species — smaller only than the whale shark — as it is not often captured in southern hemisphere waters.

The rare specimen has been donated to Museum Victoria, in the southern city of Melbourne, where scientists plan to use the body to research the shark’s genetics, diet and life history.

The museum — which currently has only three samples from basking sharks, all over 80 years old — said Wednesday it also plans to use the head and fins to build a full-scale exhibition model.

“These rare encounters can provide many of the missing pieces of knowledge that help broader conservation and biological research,” said the museum’s senior curator of ichthyology, Martin Gomon.

Basking sharks are slow-moving plankton feeders which can grow up to 12 metres long. Unlike other sharks, their teeth are tiny — about two millimetres long — and they feed by trapping tiny plankton and jellyfish in their huge mouth, the museum said.

They are migratory and widely distributed, but only regularly seen in a few favoured coastal locations such as such as Cornwall in England as they can dive deep into the depths of the sea in search of food.

The shark was accidentally picked up by a fishing trawler in the Bass Strait off the Australian mainland’s southeast.

“They are rare in southern waters, but not that rare in northern waters,” she said. “We have no idea of what their numbers may be.”

Bray she had been inundated with requests for tissue and other samples from around the world as opportunities to study an entire animal were rare.