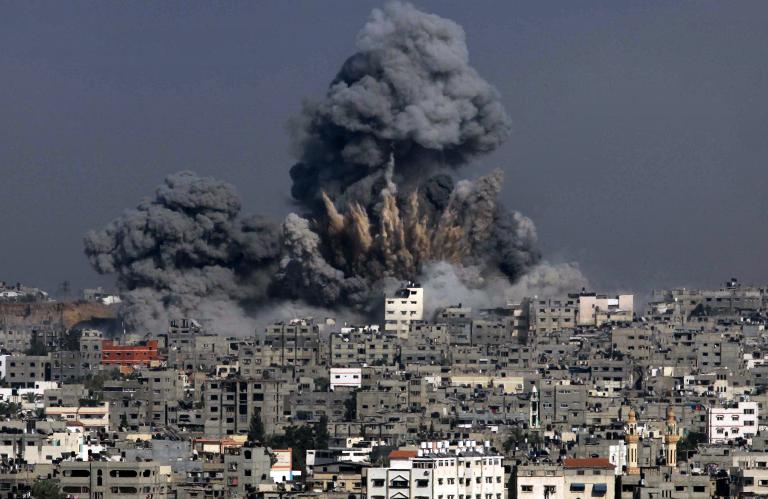 The Commission of Inquiry on the 2014 Gaza conflict announced it had received “credible allegations” that both sides had committed war crimes during the conflict, which killed more than 2,140 Palestinians, most of them civilians, and 73 people on the Israeli side, mostly soldiers.

“The extent of the devastation and human suffering in Gaza was unprecedented and will impact generations to come,” said commission chair Mary McGowan Davis, a New York judge.

Israel, which has been harshly critical of the commission since its inception last year, blasted the report as biased, with Prime Minister Benjamin Netanyahu insisting his country “does not commit war crimes.”

“Israel defends itself against a terror organisation which calls for its destruction and that itself carries out war crimes,” Netanyahu said in a statement, referring to the Islamist movement Hamas that rules the Gaza Strip.

Hamas meanwhile hailed the report’s “condemnation of the Zionist occupier for its war crimes.”

The report criticised both sides, but especially decried the “huge firepower” Israel had used in Gaza, with more than 6,000 airstrikes and 50,000 artillery shells fired during the 51-day operation.

Hundreds of Palestinian civilians were killed in their own homes, and the report provided heart-wrenching testimony from a man who lost 19 of his relatives in an attack in Khan Younis on July 26, including his mother and all of his children.

“We all died that day, even those who survived,” he said.

According to the report, which will be presented to the UN Human Rights Council on June 29, 742 people were killed in attacks on residential buildings, with at least 142 families losing three or more members.

“The fact that Israel did not revise its practice of air strikes, even after their dire effects on civilians became apparent, raises questions of whether this was part of a broader policy which was at least tacitly approved at the highest level of government,” the commission said in a statement.

But the investigators also condemned the “indiscriminate” firing of thousands of rockets and mortars at Israel, which it said appeared to have been intended to “spread terror” among Israeli civilians.

Palestinian armed groups fired 4,881 rockets and 1,753 mortars towards Israel, killing six civilians and injuring at least 1,600 others, the commission noted.

McGowan Davis said one Israeli woman had described the helplessness she felt when her grandchild pleaded with her to “stop the rockets.”

The two-member commission also pointed out that tunnels dug by Palestinian militants into Israel had traumatised Israeli civilians, “who feared they could be attacked at any moment by gunmen bursting out of the ground.”

While the conflict has ended, McGowan Davis pointed to a “pervasive failure on all sides to achieve justice” for the wrongs committed, and the report urged Israel to “break with its recent lamentable track record in holding wrongdoers accountable”.

Israel was not satisfied The United States eschewed making any comment, only saying the US administration had just received the report.

“It’s way too soon for any conclusions to be reached or any statements to be made about the veracity,” said State Department spokesman John Kirby.

But he reiterated US concerns about the commission’s “bias against Israel” and stressed that at the time Washington had called for restraint from both sides.

The investigators were not granted entry to Israel or the conflict area, and relied instead on more than 280 confidential interviews and some 500 written submissions for their findings.

The report, initially scheduled for publication in March, was delayed after the head of the team was accused of pro-Palestinian bias and quit under Israeli pressure.

Israel was not satisfied and called for the entire inquiry to be shelved, insisting the commission and the Human Rights Council that created it are inherently biased against the Jewish state.

In the occupied West Bank, a senior official from the Palestine Liberation Organisation said the report reinforces “our will to go to the International Criminal Court.”

Palestinians have been seeking to open criminal proceedings against Israel at the ICC as part of an increased focus on diplomatic manoeuvring and appeals to international bodies.