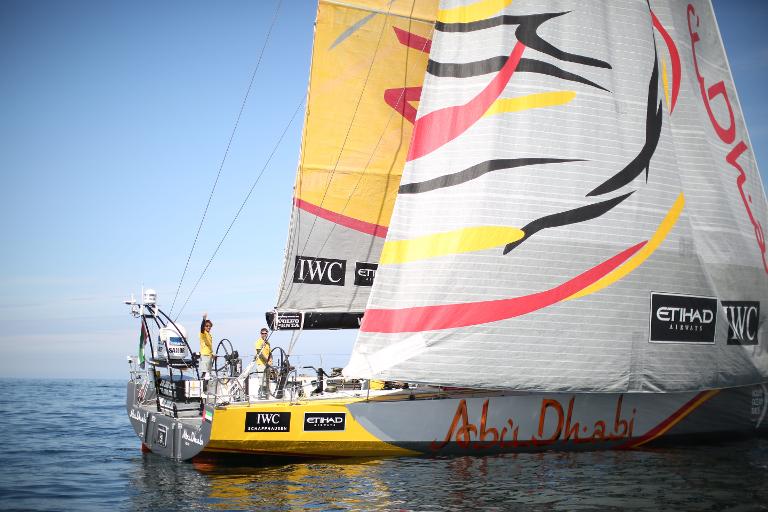 Walker’s crew finished fifth in the ninth and final leg, the fleet having covered 38,739 nautical miles (74,000km) in just under nine months of racing since it set sail from Alicante, Spain, in early October last year.

The last stage of the triennial event, 1,000nm from Lorient, France, via a pit-stop in The Hague, was won by Turkish/American challengers, Team Alvimedica.

The Alvimedica victory ensured all but one of the seven-strong fleet won at least one stage in the race.

Abu Dhabi Ocean Racing were the most consistent team, however, and secured top-three podium places in all but two of the legs and won two of them.

It seals one of the greatest global sporting triumphs for the UAE and makes Walker, 45, the first British skipper to win the overall trophy which was first launched in Portsmouth, England in 1973 as the Whitbread Round the World Race.

“I said at the start of the race that I was confident, but there are 100 ways to lose this race but only one way to win it. And it just all came together for us perfectly,” a jubilant Walker told reporters on dockside.

Walker has won two Olympics silver medals, in 1996 and 2000, but added: â€œThis is special because we did it as a team.”

He later told a press conference that the reaction back in Abu Dhabi had been overwhelming, with huge media and public interest.

On a personal level, he was still waiting for the scale of his achievement to sink in. “Itâ€™s only when I get to share this with friends and family that Iâ€™ll really process it,” he said.

MAPFRE (Spain) took third in the leg and are tied on 34 points with Alvimedica for fourth overall.

That tie will be broken in the final act of the triennial event, the Gothenburg In-Port Race, on Saturday.

There is a separate trophy for the in-port race series which Abu Dhabi are also leading by six points.