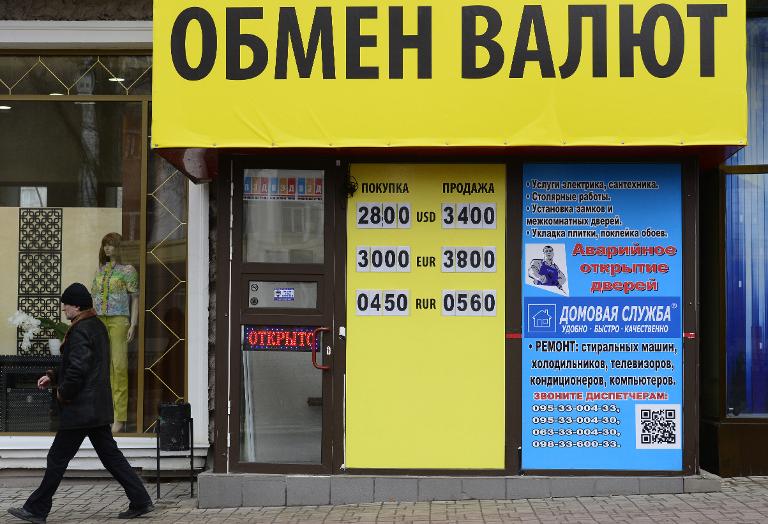 Ukraine’s main debt holders responded with extreme caution Monday to a sweetened but “final” debt restructuring offer that would keep the war-torn nation from imposing a repayment moratorium next month.

Franklin Templeton and three other US financial titans own about two-thirds of the debt upon which Ukraine is trying to find savings of $15.3 billion (13.5 billion euros) over the coming four years.

That target is part of a $40-billion global package the International Monetary Fund patched up to help the ex-Soviet nation weather an economic implosion that was only exasperated by the pro-Russian revolt in its industrial east.

But the sides’ failure to find a debt compromise carries unpredictable consequences for Ukraine’s Western-backed leadership — already under pressure from Moscow and domestic discontent with the lingering war.

The IMF is almost certain to keep meting out upcoming loan payments in return for Ukraine’s commitment to an unpopular but much-delayed break with its Soviet-era subsidies programme and tradition of sweetheart business deals.

Kiev’s international allies are also likely to pitch in as part of their effort to keep the strategic east European state from slipping back into its historic reliance on Russia — an uneasy neighbour that denies involvement in Ukraine’s separatist war.

But a technical default sparked by the lack of a commercial debt compromise would make the longer-term cost of borrowing even more expensive and push back Ukraine’s prospects for a quick return to growth.

Sources told AFP the proposal includes a promise to issue investors new high-yield bonds to help recoup the 40-percent loss Kiev would like them to take on the existing debt.

But people close to the talks said Kiev did not expect to overcome the current crisis and issue the new Eurobonds until 2020.

The investors argued on Monday that Ukraine — its economy projected to shrink by 9.0 percent this year and annual inflation to hit 46 percent — had built its case around an overly pessimistic growth forecast whose details have not been revealed.

“The proposal is based on IMF assumptions about the Ukraine economy which have not yet been placed in the public domain and which are not scheduled to be made public until mid-July,” the US creditors said in a statement released to AFP.

“In order to properly consider the proposal, the committee and its advisers urge Ukraine and the IMF to publish those assumptions as soon as possible,” the four US investment funds said.

The bondholders had earlier said that Ukraine’s economy should revive much sooner than the IMF predicts.

Ukraine’s central bank appeared to pour cold water on that line of thinking by releasing data showing debt ballooning and placing the budget under even further strain.

It said total debt had shot up to 110.5 percent of Gross Domestic Product in April from 95.1 percent at the start of the year. The figure is similar to that of Belgium — sustainable only in cases when the overall economy is strong.

Ukraine has warned repeatedly that it may simply stop servicing its obligations if no solution with the bondholders is found before the end of July.

The IMF has backed Ukraine’s cause throughout the negotiations — as has US Treasury Secretary Jack Lew. The Fund is expected to approve the release of a delayed $1.7-billion loan payment within the next few weeks.

Ukrainian Prime Minister Arseniy Yatsenyuk — a former banker with a strong reputation in global business circles — said it was time for plain speaking with investors who bet so heavily on the corruption-stained leadership of a Russian-backed president that protests toppled last year.

“We have openly told our creditors: it is time to help Ukraine,” Yatsenyuk said in an address to the nation televised on Sunday evening.

“Ukraine’s debts before private creditors must be restructured,” he said.