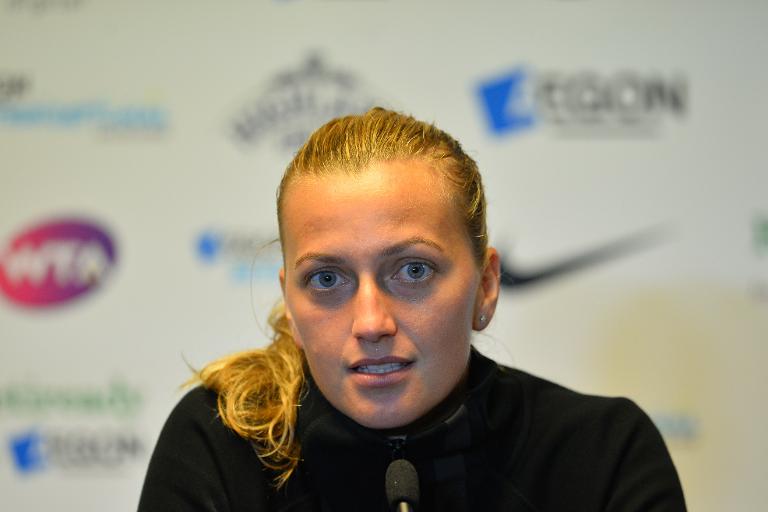 Wimbledon holder Petra Kvitova will begin her title defence in a week without any official grass-court matches following her Monday withdrawal from the Eastbourne International.

“I didn’t feel well when I came here last Thursday,” said Kvitova. “I have a sore throat.

“I have to stay in bed and drink tea and rest. I had to make this decision. I hope to be fine for Wimbledon. I’ll stay here in Eastbourne and then slowly move to London.

“Of course I wanted to play here, but it doesn’t make sense to play and then not be ready for Wimbledon, I’m not the only one not to play before Wimbledon.”

Kvitova, who claimed the title at the All England club in 2011 and a year ago was top seed at the final tune-up tournament prior to the start in SW 19.

Kvitova has not played since losing in the Roland Garros fourth round.

With rain delaying the start of play for several hours at Devonshire Park, the programme was reduced.

The 2004 champion Svetlana Kuznetsova, playing here for the seventh time, reached the second round with a defeat of Magdelana Rybarikova 7-6 (7/5), 6-4 as a patchy sun finally broke through.

While all 16 seeds have byes into the second round, number two Caroline Wozniacki was eagerly preparing for her pre-Wimbledon start after an early exit on the Paris clay nearly a month ago.

The fifth-ranked Dane said that making the clay-grass switch is one of the easiest parts of her season.

“I think automatically I just switch, it’s a very easy switch for me to go from clay to grass,” aid the former year-end number one.

“It’s worse for me to go from hard court to clay, because you have to get the sliding in and stuff.

“Here it just comes naturally to me. It’s easy, and I’m like a little kid at a candy store whenever I step on grass for the first time. It’s never been an issue for me.”

American Irina Falconi defeated Alexandra Dulgheru of Romania 6-1, 6-1, and 2014 Australian Open finalist Dominika Cibulkova made a winning return after sitting out since February with a foot injury, beating Briton Harriet Dart 6-1, 6-3 and Polona Hercog beat Madison Brengle of the US 7-5, 6-4.