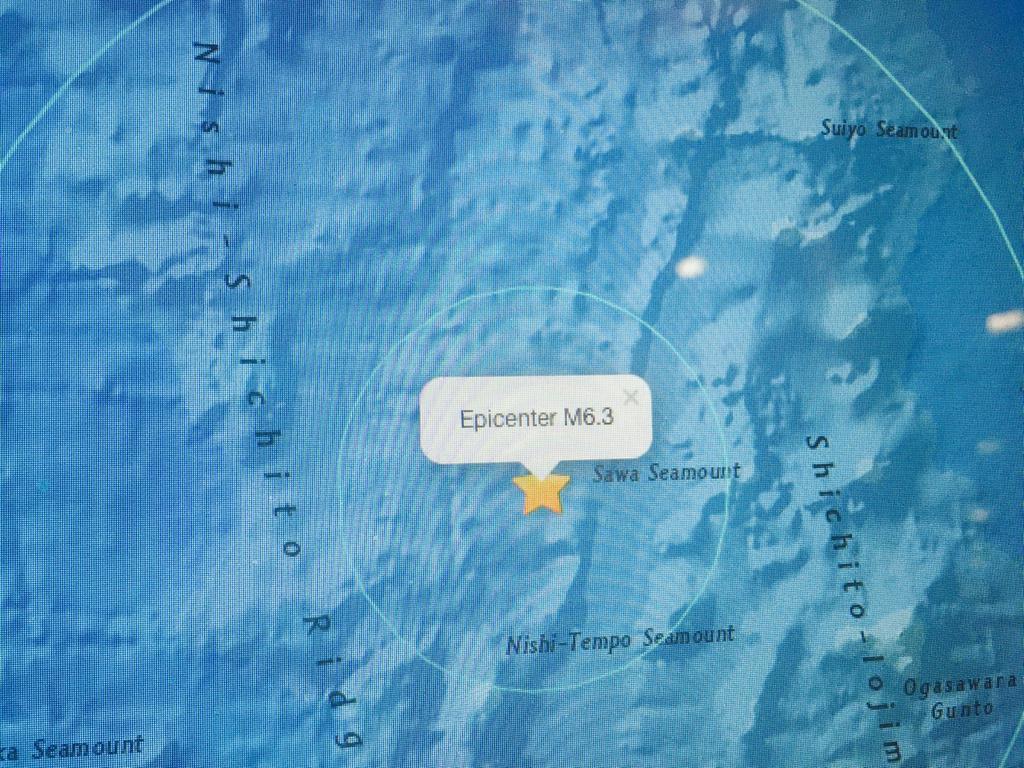 Tokyo: An earthquake measuring 6.3 on Richter scale struck deep under the seabed off the coast of Japan, south of Tokyo on Tuesday. Officials said there is no danger of a tsunami.

Japan’s Meteorological Agency said the earthquake measured a preliminary magnitude of 6.9 and was very deep, about 480 kilometers (300 miles) below the ocean’s surface. Deep earthquakes generally cause less damage.

The Japanese agency said the quake was centered west of the Ogasawara island chain in the Pacific Ocean about 1,000 kilometers (600 miles) south of Tokyo.

The area was also struck by another extremely deep earthquake on May 31 this year, which also did not trigger a tsunami. There were no reports of casualties or serious injuries.

Japan sits along the Pacific “Ring of Fire,” the arc of seismic faults around the Pacific Ocean where earthquakes and volcanoes are common.