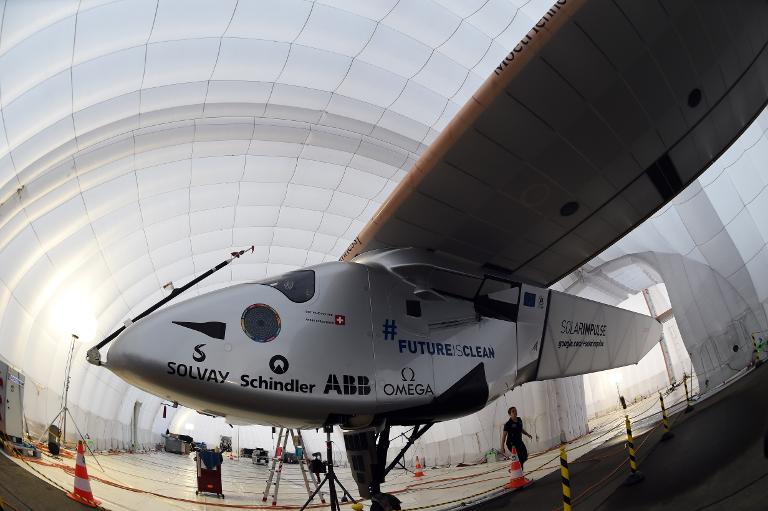 A solar plane that has been trapped in Japan for three weeks is set to take off for Hawaii early Wednesday, on the most challenging leg of an attempt to circumnavigate the world without using fuel.

Solar Impulse 2 is scheduled to taxi out along the runway in Nagoya, central Japan, in the small hours of the morning, to begin its hazardous trip across the Pacific Ocean, a distance expected to take at least five days and five nights of continuous flying.

The featherweight flying machine was not supposed to land in Japan on its multi-leg trip around the globe, but bad weather en route from Nanjing, China, to Hawaii forced a diversion at the start of June.

A chance to do so presented itself on Tuesday.

“We finally feel like we have a window to Hawaii in front of us. It will be confirmed at 12.00PM UTC! (GMT)” tweeted pilot Andre Borschberg.

Borschberg, who flew for 44 hours to get to Nagoya, will be back at the controls for tonight’s flight.

Winds and turbulence tend to be calmer in the very early hours of the morning, Solar Impulse team spokeswoman Elke Neumann told AFP, making this time ideal for takeoffs.

Borschberg, a 62-year-old Swiss, will keep in shape during his long solo flight by doing yoga.

“I train special postures, which I do every day in the cockpit… to keep the right mental attitude,” he told AFP earlier this month.

“Breathing can help… yoga is much about breathing.”

But he admitted that being cooped up in the 3.8 cubic metre (130 cubic foot) cockpit for long stretches of time was a challenge.

The trip to Hawaii will be the eighth and most daunting leg of the circumnavigation.

Its wingspan is longer than that of a jumbo jet, but it weighs only 2.3 tons — about the same as a car.