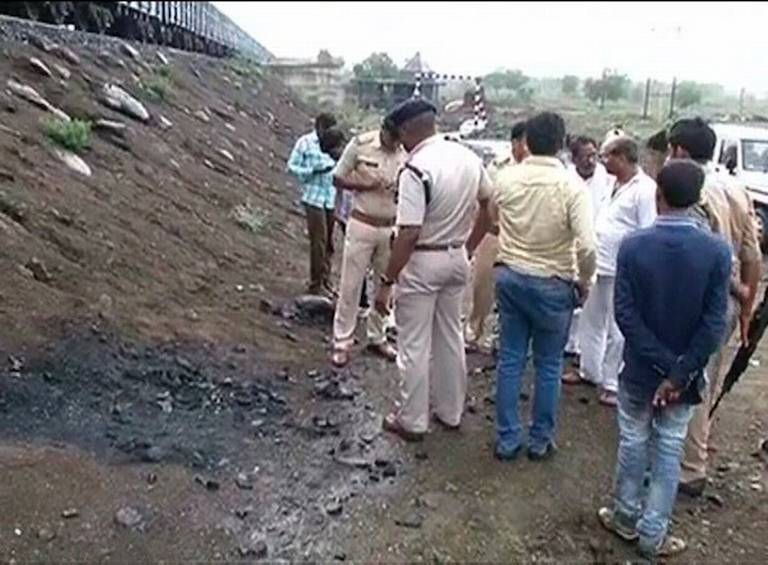 Balaghat: Madhya Pradesh police on Tuesday announced constitution of a Special Investigation Team (SIT) to probe the murder of local journalist Sandeep Kothari, who was burnt to death allegedly by three persons linked to mining mafia, following which, his protesting family members performed his last rites.

His kin had earlier refused to perform his last rites while insisting that six more persons behind the murder be arrested.

Madhya Pradesh police produced Vishal Tandi and Brajesh Daharwal, the two accused arrested so far in connection with the case, in a local court which remanded them in police custody for seven days.

Police have also announced a reward of Rs 30,000 on another accused Rakesh Nasvani, who is absconding.

Meanwhile, MP police claimed Kothari was not a scribe but a history-sheeter, this after the state government formed a seven-member SIT to probe the murder and look into the unanswered questions.

Balaghat Additional S P Neeraj Soni claimed Kothari’s murder was not related to any mining issue and that the crime was an outcome of a property dispute between him and the main accused Vishal Dandi. Soni also claimed that Kothari stopped working as a journalist since 2013.