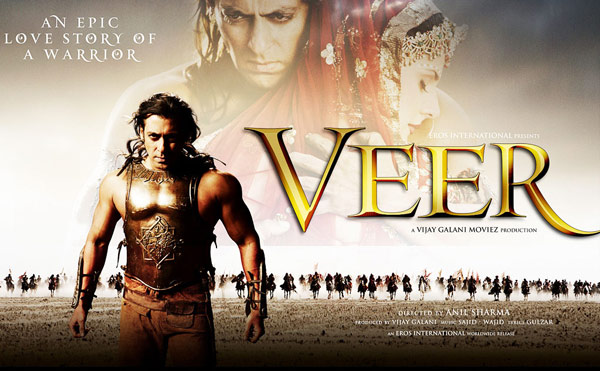 It seems like Salman Khanâ€™s agonies are escalating day by day. After getting some relief from the hit-and-run case recently, the actor is once again in legal trouble.

The `Veer` actor has a defamation case slapped on him by the film’s producer Vijay Galani who has accused him of harassment for non-payment.

Salman and Vijay had mutually agreed during the making of `Veer` that the actor would be paid Rs 15 crore if the film did good business at the Box Office.

While signing the film, Salman was paid Rs 10 crore, but as `Veer` was a flop at the BO the producer was relieved of paying any further amount to Salman.

Following this, the 49 year-old actor then approached the Federation of Western India Cine Association, which issued a non-cooperation letter against Galani.

Further reports suggest that after fighting the case for three years in court, Vijay got the ruling in his favour and slapped a fresh case against the superstar.

The producer claims to have gone through mental harassment and mental agony. He says that he has lost some valuable years in the industry because of the court case. Â Â Â Â

Meanwhile, Salman was also kicked out of Karan Joharâ€™s Shuddhi, so itâ€™s quite clear 2015 is full of ups and downs for the actor.

On the upcoming project front, Salman is gearing up for his upcoming film Bajrangi Bhaijaan, which is slated to release this Eid.