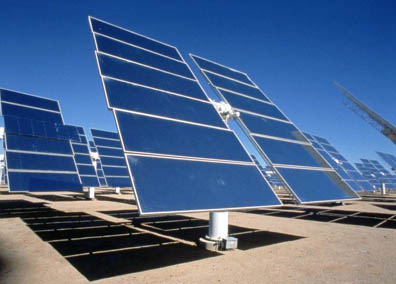 Jaipur: According to date released, Gujarat, which remained the undisputed leader in solar energy generation till recently in the country, has finally been left behind by its close rival Rajasthan, and given the number of projects in the pipeline, the desert state is likely to retain the honour for quite some time to come.Â

The Union ministry of new and renewable energy on June 4, 2015, has given out the data which says, Rajasthan has grabbed the number one position in the country with an installed capacity of 1,167 megawatt against Gujarat’s 1,000MW.Â

An avid proponent of solar energy, Prime Minister Narendra Modi was probably one of the few leaders who as the chief minister of Gujarat foresaw the potential of solar power and the state always remained at the top as the largest generator of the green energy. On the other hand, Rajasthan had all the natural advantages for solar such as abundant barren land and high solar radiation in the country, but it failed to live up to its potential in the absence of investor-friendly policy and the government’s aggressive promotion of the sector.Â

Gujarat, under Modi, was one of the few states which spotted the opportunity early on and accordingly, it brought out a solar policy in 2009. Many power developers flocked to the state and made substantial investments even as the cost of generating solar power then was more than Rs 17 per unit against Rs 4 required to generate same amount of power from thermal sources.Â

President of Rajasthan Solar Association,Â Suman Kumar said, many investors liked Gujarat’s solar policy at that time and made huge investments in the state during 2009-11. But after that the dynamics of the sector changed dramatically. Cost of solar power generation crashed to Rs 6 per unit owing to the plunge in the price of solar photo-voltaic panels. That’s why, today there is a strong competition among states to attract investment in the sector. While Rajasthan is leveraging its natural advantages with a proactive policy, Gujarat’s solar sector needs to reinvent itself to catch up with the neighboring state.

In the last one year, Rajasthan government has inked agreements with private players to develop solar parks with a cumulative capacity of 26,000 MW. Once fully operational, these parks can attract investments worth more than Rs 1.50 lakh crore.Â

The state has also signed MoUs with power developers like SunEdison, Adani Enterprises, Reliance Power and Azure Power that will require about Rs 85,000 crore for generating 14,000 MW solar power. “Rajasthan has the highest solar radiation in the country. Solar energy requires lot of land, which the state has in plenty. We have tried to capitalize on these advantages in the state’s new solar policy announced in 2014. There is a strong lineup of projects which will be developed in the near future,” said B K Doshi, managing director of Rajasthan Renewable Energy Corporation.Â

National Thermal Power Corporation (NTPC) is already in the process of commissioning 680 MW in the state. Besides, sources said that Reliance Power and SunEdison are set to put up 800 MW capacity plants in Rajasthan for BSES.