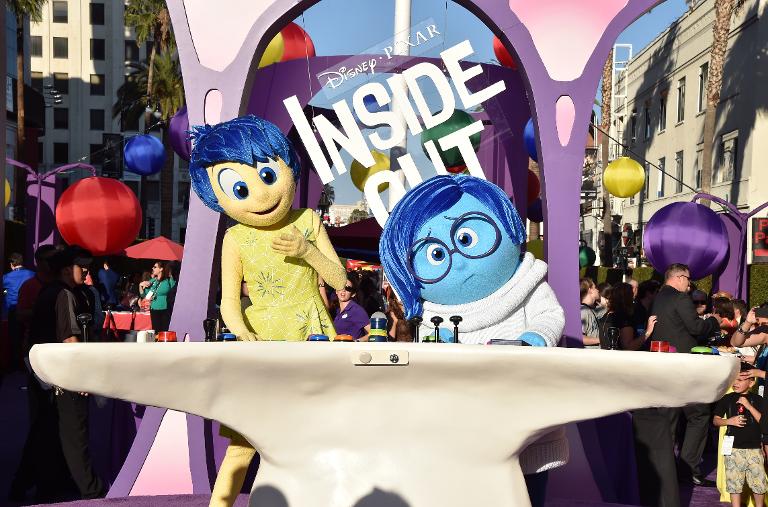 Pixar’s critically acclaimed “Inside Out” — an animated look at the mind of a pre-teen girl — could not defeat the dinosaurs of “Jurassic World” at the North American weekend box office.

But Pixar, now part of the Disney empire, nevertheless set an impressive record — for the biggest opening of an original movie, animated or live-action, not based on sourced material, with $90.4 million in ticket sales.

It’s a huge win for Pixar in a summer of superhero sequels and the ferocious Indominus Rex.

“Disney is, bar none, the best at marketing their films in the industry. They make every animated film an event, but unlike other companies, they almost always back it up with quality.”

“Inside Out” — which has received nearly universal rave reviews — portrays human emotions of Joy, Anger, Fear, Disgust and Sadness as distinct characters who sit at the control panel in the mind “Headquarters” of young Riley.

Until now, the record for the opening of an original movie was held by James Cameron’s landmark sci-fi blockbuster “Avatar,” which opened in 2009 at $77 million — and went on to become the highest-grossing box office hit of all time.

“Inside Out” has grossed about $132 million worldwide, according to another box office tracker, Rentrak.

Many critics have called it one of Pixar’s best ever, comparing it to other beloved masterpieces like “Toy Story” and “Finding Nemo.” It has earned a stellar 98 percent approval rating on go-to movie review site RottenTomatoes.com.

Some are already saying that director Pete Docter and his team should get their Oscar acceptance speeches ready.

“Though the year is not even half over, we have our first clear frontrunner at the Oscars,” said showbiz predictions website GoldDerby.com.

Some are even looking beyond the obvious Academy Award for Best Animated Feature, and sizing up the chances for “Inside Out” to be nominated for Best Picture.

Docter has experience on that front — he also directed “Up,” the first Pixar film to be nominated for the top Oscar.

“Inside Out” — which features the voices of “Parks and Recreation” star Amy Poehler, “Twin Peaks” actor Kyle MacLachlan and the ever-adaptable Hollywood actress Diane Lane — nevertheless could not dethrone “Jurassic World.”

The fourth film in the popular “Jurassic Park” series co-produced by Steven Spielberg raked in $106.6 million this weekend, and has pulled in a total of more than $400 million in North America in just two weeks.

It is quickly closing in on the $1 billion mark worldwide, according to Exhibitor Relations and Box Office Mojo.

But experts say the success of “Jurassic World” takes nothing away from “Inside Out.”

“This sets up a very nice box office momentum that will hopefully continue to boost the fortunes of what everyone has been counting on as a record-breaking summer movie season,” said Rentrak’s Paul Dergarabedian.

As for the rest of the weekend box office, the comedy “Spy” starring Melissa McCarthy took third place with $11.2 million in ticket sales.

“Insidious: Chapter 3,” the latest installment in the supernatural horror series, earned $4.1 million in ticket sales for the sixth spot.

The ninth and tenth spots were rounded out by the Marvel juggernaut “Avengers: Age of Ultron” at $2.8 million and “Tomorrowland” at $2.2 million.