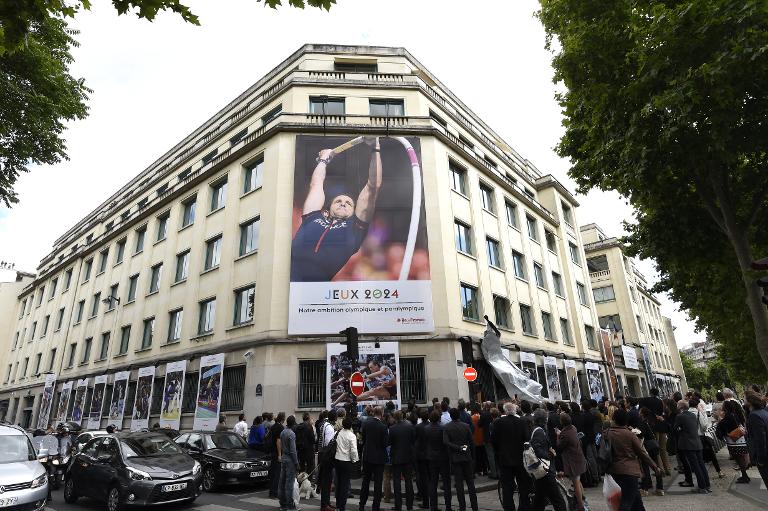 Paris entered the race for the 2024 Olympics on Tuesday, proclaiming the bid on Olympic Day in what promises to be a tightly fought contest.

Paris, which failed in bids for the Olympics in 2008 and 2012, joined the US city of Boston, Rome and Germany’s Hamburg as candidates for the Games in 2024, 100 years on from the last time the Olympics were staged in the French capital.

Bids must be officially submitted by September 15 this year and the International Olympic Committee (IOC) will then make a decision at a congress in Lima on September 15, 2017.

Bernard Lapasset, current president of World Rugby and future head of the bidding committee, announced: “Paris is delighted to officially confirm its bid for the 2024 Olympic and Paralympic Games â€“- an important first milestone as our Host City campaign journey commences.

“We believe that this bid and our goal to host the 2024 Games will excite, unite and enthuse the people of Paris, our entire nation and lovers of Olympic and Paralympic sport all over the world.

“As we move forward with our bid, it is very pleasing to see today that we already have the full support of the city, regional and national governments as well as the CNOSF (French Olympic Committee) and the French sports movement -â€“ it is wonderful to also receive significant public support and real backing from our athletes.”

Bid-backing Paris mayor Anne Hidalgo invited all Parisians to show their support for the French capital’s initiative by gathering along the banks of the river Seine later Tuesday.

France’s defending Olympic heavyweight judo champion Teddy Riner added: “I think a lot of French people are already behind this project, but we want everyone hand-in-hand for this beautiful adventure because the Olympic Games are much more than just sport.

“They’re an adventure, a dream, something you can live at home.”

Paris will roll out an Olympic declaration with more political and state pomp on July 14 when a national parade is held along the Champs Elysees.

After the disappointment of being beaten by Beijing and London respectively for the last two Olympics, French officials are leaving nothing to chance this time.

The proposal includes holding one sport under the Eiffel Tower as well as at the Stade de France, which was used for the 1998 World Cup final.

On the financial side, French organisers say the cost will be about six billion euros ($6.8 billion) and they will get a big chunk of that from the IOC.

“#Paris2024 will be a great mobilisation of our country. To want the Games is to want to share in a big event, to realise that together,” Hollande tweeted.

“The state will do its utmost to support the sports movement and this candidacy which will be exemplary in regards to the environment, economy and citizen.”

Hollande added: “It’s a big project based on a noble cause in the name of the values of universality, egality and fraternity laid out by Baron Pierre de Coubertin (founder of the modern Olympics) and defended by the IOC.

“It’s also a unique moment for a whole generation to come together and show the world France at its best.”

But Tony Estanguet, France’s triple Olympic canoe champion who will be one of the bid leaders alongside Lapasset, played down reports that Paris was already the favourite to win.

“The race is over on the final day and the moments leading up to that serve to build confidence and increase power,” Estanguet said.

“Don’t count on us to put ourselves out there as favourites. We won’t. We have a lot of work ahead of us.”

Polls among Parisians have shown high levels of support for the bid, sometimes upward of 80 percent, which will please an IOC that has stated it wants to see a high level of public support from whichever city wins the Games.

Boston organisers have promised a referendum and a public vote will be held in Hamburg in September. Organisers in both cities face a strong ‘no’ campaign but say they are optimistic.

The Rome bid has been praised by some international sports officials for its professional campaign. But at home it has been attacked by some politicians, partly over fears that the Mafia could take over contracts.

Aside from Boston, Hamburg, Paris and Rome, Budapest’s city council earlier Tuesday approved the launching of a bid, the idea now passes to the Hungarian parliament in July, where avid sports fan and Prime Minister Viktor Orban is likely to ensure it goes through.

The campaign will be long, however, and other cities could still enter.

The Azerbaijan capital, Baku, which is currently hosting the first European Games, could soon make a pitch, Olympic officials said. The Qatar capital Doha is also considering a move.