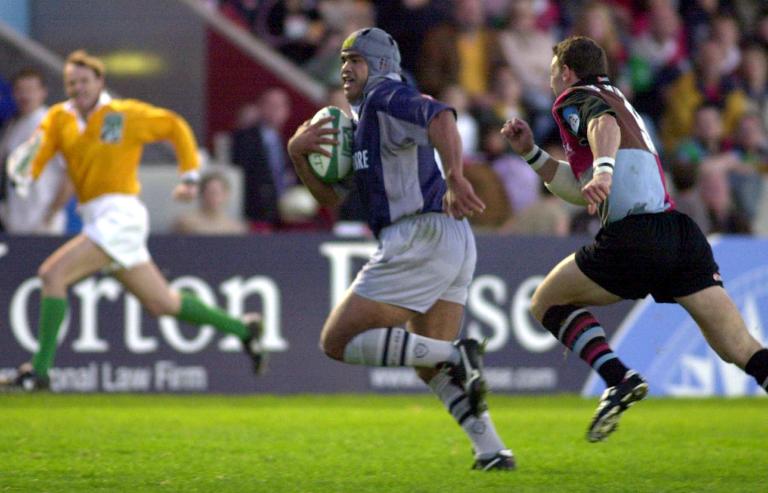 Reports said Berryman suffered a heart attack at his home near Perth, Australia, where he settled after his rugby career.

Berryman, a powerful winger, was a fan favourite during a long career in Super Rugby but played just one Test for the All Blacks, a 23-24 loss to South Africa in 1998.

He was widely considered to be unlucky to miss out on more Test caps but was competing for spots against the likes of Jonah Lomu and Inga Tuigamala.

Berryman also did himself no favours with his outspoken criticism of then All Blacks coach John Hart, who he said “has got a vibe about him that projects negativity”.

He famously walked out of an All Blacks training camp in Auckland and hitch-hiked home to Whangarei after a disagreement with Hart.

Berryman won three Super Rugby titles in three years with the Canterbury Crusaders from 1998-2000, then moved to France and played for Castres and Bourgoin-Jallieu.

Tana Umaga said Berryman’s death was devastating so soon after ex-All Black Jerry Collins and his wife were killed in a car crash in France.

“He had amazing skills for a big man,” Umaga, who was Tuesday appointed the new Auckland Blues coach, told reporters.

“He always had a big smile, loved life, loved his family. He’s going to be a big loss.”

Berryman is survived by his wife Lena and six children.

“Thoughts are with Berryman whanau (family) following passing of ‘Stormin’ Norman,” the All Blacks tweeted.