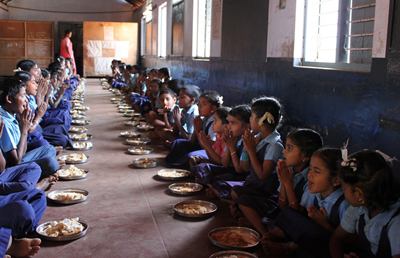 New Delhi: In another case of unhygienic food served to school kids as mid-day meal, at least 60 children fell ill on Tuesday after having their midday meal at a government school in Bihar’s Bhojpur district.

The children complained of uneasiness after consuming the meal at Mathia Middle School, and were admitted to the hospital where the condition of four of them is stated to be critical, a district official said.

“After treatment at the hospital, all the children will be discharged by evening,” he added.

The samples of the meal have been collected by police for forensic examination.

According to the officials, some children said a lizard was found in the mid-day meal served to them.

However, the doctors who examined the children did not find any sign of poison in their bodies.

In Bihar, 16 million students get food under the midday meal scheme daily, which covers 72,000 schools across the state.