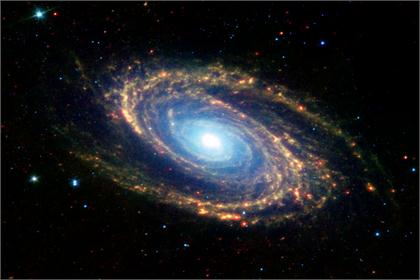 Eilat Glikman of Middlebury College in Vermont said that the Hubble observations are definitely telling them that the peak of quasar activity in the early universe is driven by galaxies colliding and then merging together. They are seeing the quasars in their teenage years, when they are growing quickly and all messed up.

Discovered in the 1960s, a quasar (contraction of “quasi-stellar object”) pours out the light of as much as one trillion stars from a region of space smaller than our solar system. It took more than two decades of research to come to the conclusion that the gusher of energy comes from supermassive black holes inside the cores of very distant galaxies.

Researchers have been trying to understand why galaxies start feeding their central black holes, and galaxy collisions are one leading hypothesis. These observations show that the brightest quasars in the universe really do live in merging galaxies, said co-investigator Kevin Schawinski.