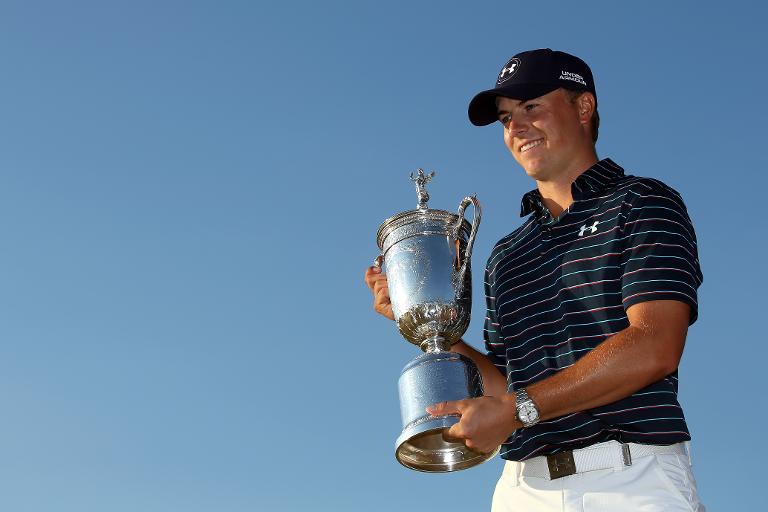 Golf thrives on rivalries – the bigger the better.

Hogan and Snead, Palmer and Nicklaus, Woods and Mickelson – their battles are etched in golfing history.

And now a new rivalry is fast emerging in the shape of Rory McIlroy versus Jordan Spieth.

The 21-year-old American became the youngest player since Gene Sarazen in 1922 to win two major titles on Sunday when he captured the US Open to go with the Masters green jacket he took in April.

Northern Irishman McIroy won the British Open and the PGA Championship last year to take his haul of majors to four at the age of 26.

The two now share the four crown jewels of golf and all the talk is of a rivalry that will fire up a golfing world struggling to cope with the fading legend that is Tiger Woods.

Both players say they welcome the prospect of going head-to-head down the back nine of the majors over the next decade or so, although Spieth, five years the younger, believes he still has something to prove.

“It’s kind of cool I think to have two players holding the four majors and Rickie (Fowler) having the fifth (Players Championship). It’s awesome that the game is in young hands,” the Texan said.

“I don’t think there is much of a rivalry. I’ve said that from the beginning. Rory has four majors and dozens of wins and I’m just starting out.

“Again, I’m certainly quite a bit younger than he is. I’m just happy to have this and to be chasing that number one spot that he holds. So I’m certainly focused on that.”

And focused on that he should be as his win at Chambers Bay has closed the gap on McIlroy at the top of the world rankings to just 1.72 points after trailing him by 5.30 points at the end of 2014.

They will next clash at the year’s third major – the British Open at St Andrews in mid-July where McIlroy will have the advantage of knowing the fabled course far better than Spieth who has played just a single round there.

But Spieth tellingly believes he still has room for improvement “in all aspects of my game” and it may be time now for McIlroy to step out of his comfort zone and take another step forward.

Ryder Cup captain Paul McGinley for one believes that McIlroy needs to respond to the challenge posed by Spieth.

“All the plaudits will go to Jordan Spieth and rightly so, with back-to-back majors and a massive career ahead of him,” he said in his column for Sky Sports.

“When someone wins their first major like Jordan did at the Masters, you expect added pressure and expectation put on their shoulders, but he just went and won the next one! Heâ€™s got something special

“Rory’s now got to step up to the plate. As commendable as his performance was today (at US Open)and again during the final round of the Masters, the bottom line is heâ€™s had too much ground to make up in both tournaments.

“He’s made the mistake of getting off to slow starts in each of the last two majors and Jordan has gone on to win both of them. He’s putting it up to Rory which can only be a good thing.”

Time will tell, but one thing for sure is that McIlroy versus Spieth will be the single biggest story in golf for the rest of this year.