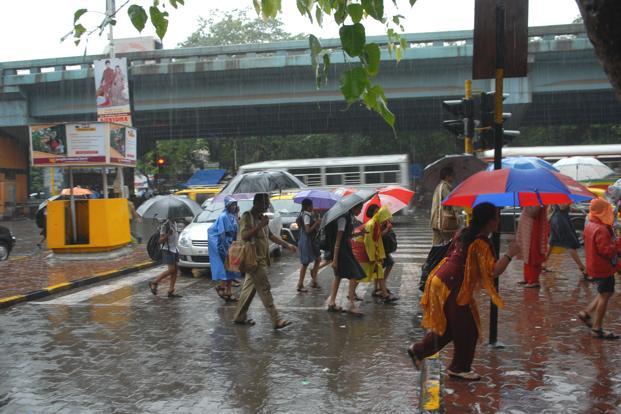 Trains services on Central, Western, Harbour and Trans-Harbour lines were delayed due to rainfall. Overhead high tension wire that was snapped at Dadar station early in the morning delaying trains is now repaired by railway officials. Earlier, all slow train between Dadar to CST were diverted to fast track. Central line trains were delayed by 20 to 30 minutes. Trains on Western lines are running few minutes late. On Harbour line and Trans-Harbour, line trains are delayed by 10 to 15 minutes.

This is the second time in a week that heavy rains paralyzed Mumbai and threw normal life out of gear. Since last week, heavy rains hit the city, bringing the life to a standstill. Services on all the three lines were stopped after flooding in low-lying areas. Normal services expected to be resumed only byÂ Friday.