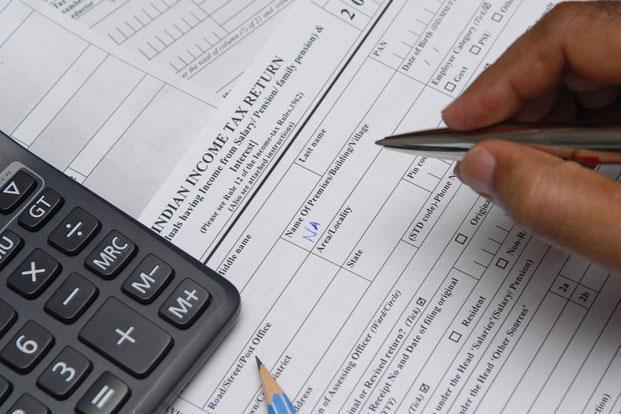 New Delhi: The Income Tax department has notified the new set of ITR forms, including a three-page simplified one, for taxpayers to file their returns for assessment year 2015-16.Â

With the Finance Ministry publishing the gazette order on Monday, taxpayers and other entities can now file their Income Tax Returns (ITR) till August 31, the new deadline set in this regard by the government after it dropped the earlier forms which had attracted criticism for seeking numerous additional details like that of filers’ foreign travel and about dormant bank accounts.Â

The most simplified form, ITR-2A, to be filled by those individuals and HUFs who do not have income from either business, profession or by way of capital gains and do not hold foreign assets, only asks for the passport number of the tax-filer, with the words “if available”.Â

Filers now will have to declare only about the “total number of savings and current bank accounts” held by them “at any time during the previous year (excluding dormant accounts).”Â

The form also has space to fill up the IFSC code of the bank and in an additional feature, tax filers have been given an option to indicate their bank accounts in which they would want their refund credited.Â

The I-T department, in the new ITRs, has also sought the Aadhaar number of filers and has also given options for providing two email ids to it.Â

“The inclusion of Aadhaar and emails are to ensure a regime of online ITR filing in the country,” a senior official said.Â

The department has also provided for an additional four-page schedule to this simplified form for those who wish to file anymore details, applicable in a case-to-case basis.Â

In the ITR-2, for individuals and HUFs having income from business or profession, the form remains simple but they will have to declare if they hold any foreign assets abroad or have income from “any source outside India.”Â

The new ITRs have replaced the 14-page form that were notified earlier this year, triggering a major controversy with individuals, industrialists and MPs saying tax filing would become cumbersome as those forms had sought details including foreign trips and bank accounts details.Â

The last date for filing of the ITR has already been extended for this year to August 31.Â

Also, in the new ITRs, an expat who is not an Indian citizen and is in India on business, employment or student visa, would not mandatorily be required to report the foreign assets acquired by him during the previous years when he was non-resident and if no income was derived from such assets during the relevant previous year.
Â