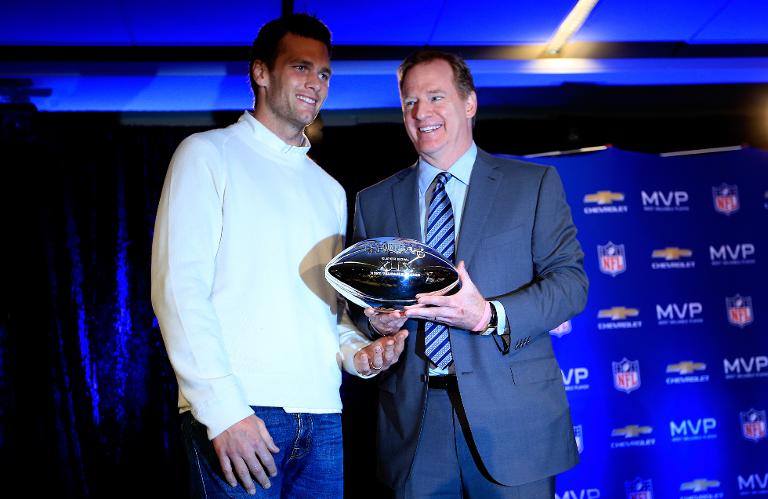 New England Patriots quarterback Tom Brady will have his appeal against a four-game suspension heard Tuesday by National Football League commissioner Roger Goodell as the “Deflate-gate” saga approaches an ending.

The star passer who won his fourth career Super Bowl crown last February was issued a ban after an NFL investigation found it was “more probable than not” Brady was “at least generally aware of the inappropriate activities” involving air inflation levels for footballs used by the Patriots.

Controversy erupted after the Patriots routed Indianapolis in the American Conference finals to book a Super Bowl berth, with claims that New England used balls inflated below mandated minimums in the game. Brady denied any wrongdoing and Patriots owner Robert Kraft demanded an apology from the league while coach Bill Belichick offered a detailed summary of ball inflation levels.

The bottom line was that balls used by the Patriots on offense were found to have less than minimum levels of air after examination in the first half of the game. Each team provides the balls used by its offensive unit and less air would make balls easier to grip for throwing as well as catching and to grip by rushers.

The league hired attorney Ted Wells to investigate and he looked at text messages and pressure readings before delivering his findings, which declared Brady’s explanations not realistic and said the quarterback did not turn over e-mails and text messages as sought by Wells.

Based on the probe, Brady was suspended for the first four games of the 2015 season for “conduct detrimental to the integrity of the NFL” while the team was fined $1 million (880,000 euros) and stripped of a first-round pick and fourth-round choice in the NFL Draft.

Brady’s agent, Don Yee, called the Wells report “a significant and terrible disappointment” and said it contained “significant and tragic flaws,” including none of the information supplied by Brady in a day of interviews.

That was followed by Brady and the NFL Players Association filing a joint appeal. The union tried to have someone other than Goodell as the decision maker in the appeal but the commissioner will indeed be in that position for the Tuesday hearing, which will continue Thursday if needed.

Jeffrey Kessler, Brady’s attorney, has had success against the NFL in recent appeals involving Ray Rice and Adrian Peterson and the union says circumstantial evidence was incorrectly analyzed to obtain the decision critical of Brady, who could provide new evidence to support his case.

– Brady could go to US courts –

There is no timeframe for Goodell to make a decision on the length of the suspension, but he likely will want to have it in place ahead of next month’s start of NFL training camps.

Brady could push the matter to federal court if he does not like the appeal outcome determined by Goodell, making a bid to restore his reputation and potentially have an injunction put in place halting the suspension while the court case plays out. But that might also delay the ban to a more crucial portion of the season, an outcome neither Brady nor the Patriots would likely want to risk.