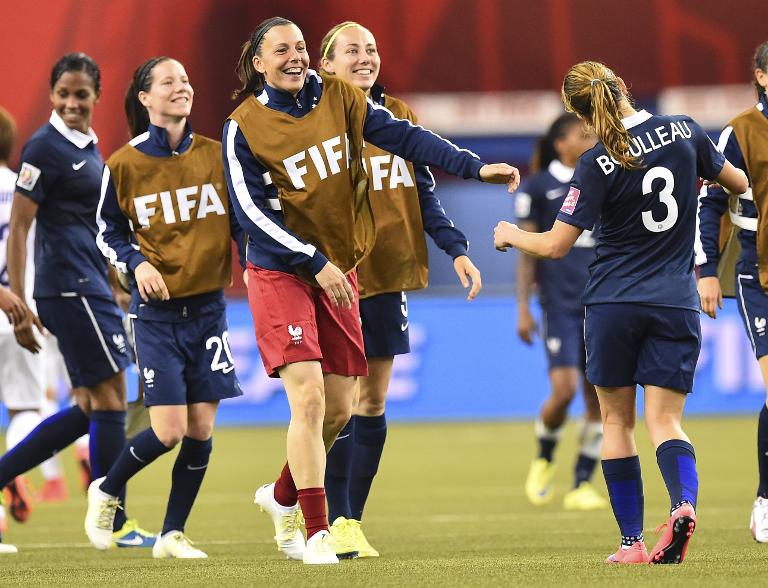 Germany and France booked their tickets to the 2016 Rio Olympics as two of the best European teams in the Women’s World Cup in Canada.

Norway’s 2-1 loss to England — who do not compete in the Olympics — in the last 16 on Monday ensured that Germany and France have two of the three places.

The Netherlands could join the duo at the Olympics if they beat Japan in their last-16 match on Tuesday.

“We’re going to the Olympics, but first of all we’re focusing on our quarter-final against Germany.

“The girls are all delighted. There’s a lot of joy, but we have to refocus very quickly.”

In the event where results from the Women’s World Cup do not clearly identify the third best team from Europe, a play-off with the two remaining teams — in this instance Netherlands and Norway — will be organised by UEFA.

Sweden will miss out on the Olympics for the first time after their 4-1 defeat to Germany in the last 16.

“If that’s the case it will be the first time we’re not competing in the Olympics,” said Sundhage, who lead the United States to Olympic gold in 2008 and 2012.

England do not participate in the Olympics, rather the United Kingdom competes at the Summer and Winter Games, so the Three Lionesses do not count in the qualification rankings for Rio 2016.